In 2003, Marvel Studio launched a movie Starring Ben Affleck. Unfortunately, in this movie Ben Affleck is not playing the role of Batman as we have already mentioned above this movie is based on Marvel comics so, he is playing the role of a blind lawyer. Yes, you got it right, Ben Affleck has also played the role of Daredevil for marvel comic. Unlike the Daredevil series on Netflix, the guy had a superhero costume he wore while fighting crimes. In this article we are going to discuss some features about the Uniform Ben Affleck wore during the times he fought crime in the movie.

Here we have brought you this Daredevil Ben Affleck Jacket as Matt Murdock, the jacket’s external is made up of  PU leather. On the inside, it has a viscose lining. The collar stands style with the front having a zip-styled closing. It also has long sleeves with a cuff at the end. There is a logo of DD(daredevil) present on the chest. The has two pockets on the inside too. Overall the jacket is decent and classy it is available in red color. 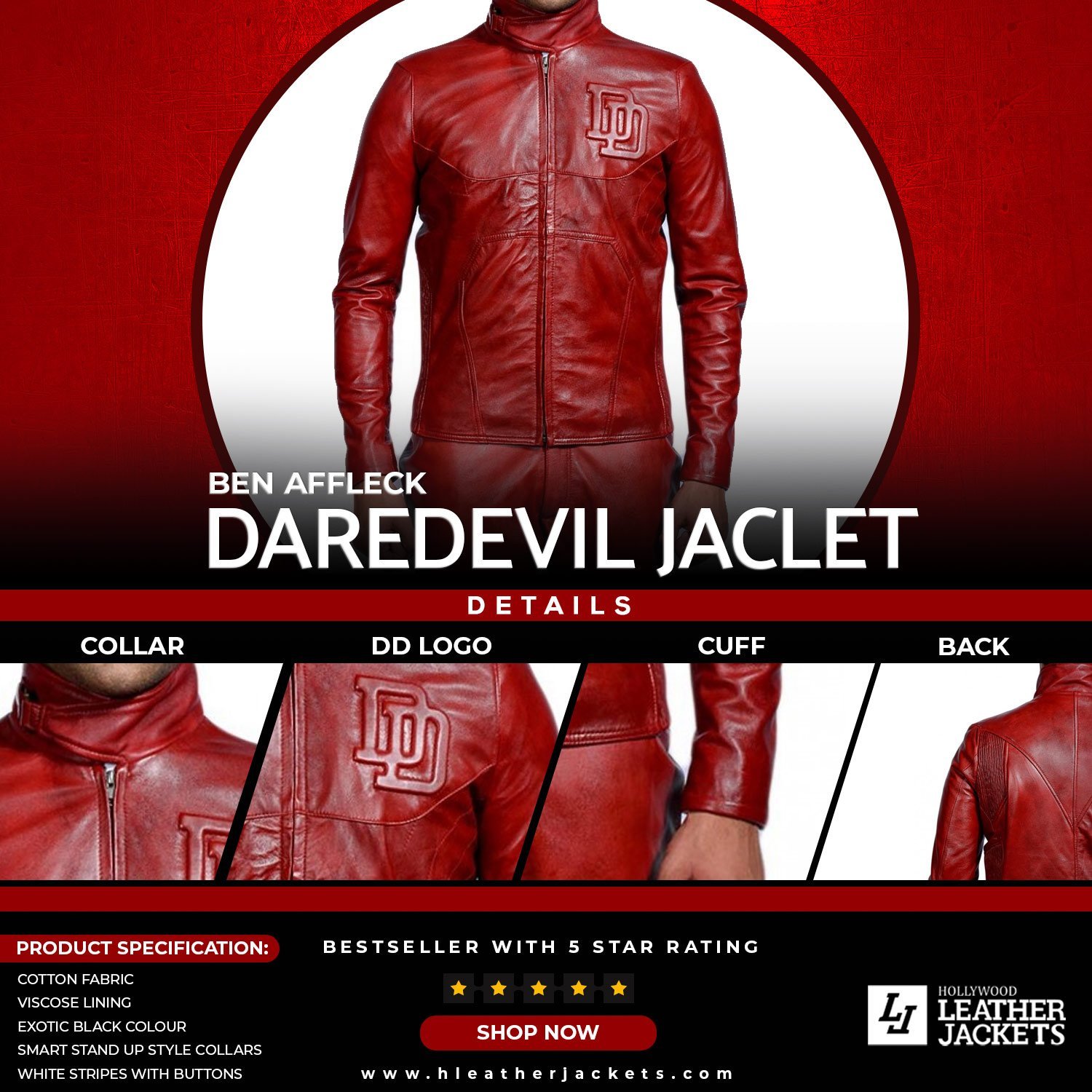