Dynasty is a soap opera released on October 11, 2017, on the CW and Netflix. It is based on the heiress Fallon unhappy to see her father married to one of her employees and discusses how she plots against them. It is a remake of the 1980s series of the same name. The series will be renewed for a fourth season soon.

Fallon was the heiress to an Atlanta energy fortune; she is one of the main characters in the series and has attracted many fans with her good looks and performance in the series. We have replicated the same metallic coat that she wore in the series grabbing everyone’s attention towards her.

This Fallon Carrington Silver Metallic Coat is fabricated from high-end real leather along with inner viscose lining which gives it a sleek design and comfortable coverage. It has a notch lapel collar which looks classy and chic. The front buttoned closure gives it a much more fashionable and sophisticated look. The belted cuffs go well with the overall glam look of the coat. The silver color lights up the entire look by giving it a glossier and bright display. The two-side waist and two inner pockets will provide you with ample space to store your personal stuff like keys, wallet, and even money to carry around. 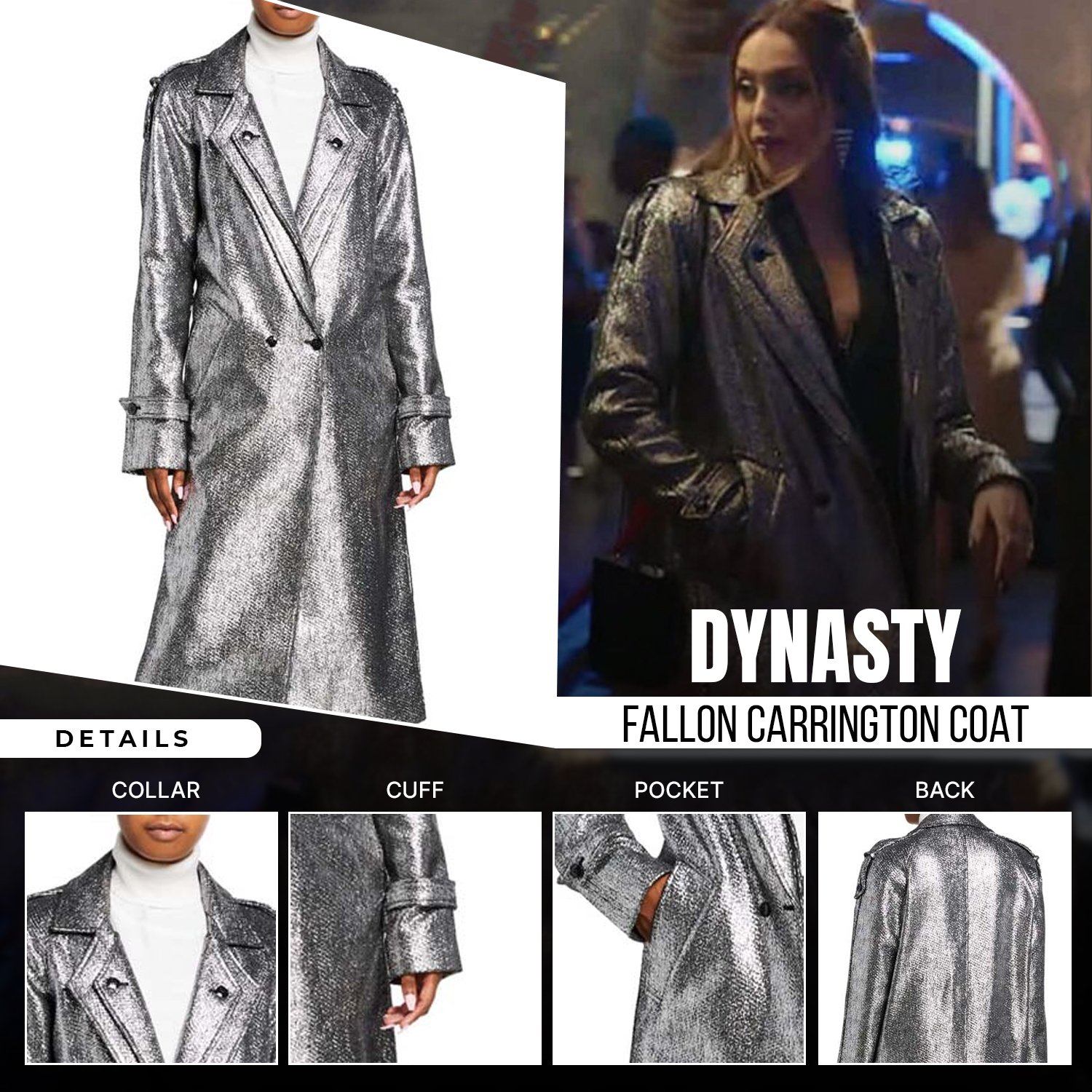