The Umbrella Academy Season 2 Coat is worn by Klaus Hargreeves is a black comedy and superhero web tv series which was released February 15, 2019, on Netflix. It revolves around a dysfunctional family of adopted superhero siblings that are trying to figure out the mystery of their father and an approaching apocalypse. Klaus Hargreaves has portrayed the character of number four who was a flamboyant drug addict with the ability to communicate with dead people. He can be spotted in the series wearing this outclass coat which has inspired many fans out there so we decided to manufacture its replica in premium quality.

The Umbrella Academy S02 Coat is made from a cotton material which ensures comfort as well as long-lasting coverage. The stand-up collar gives it a classy and stylish look. The front open style matches the fashionable look of the Umbrella Academy Season 2 Coat giving it a trendy look. It has chic open hem cuffs too. The white color looks sensational and elegant giving it an attractive display along with the amazing detailing of green embroidery on its front and cuffs. 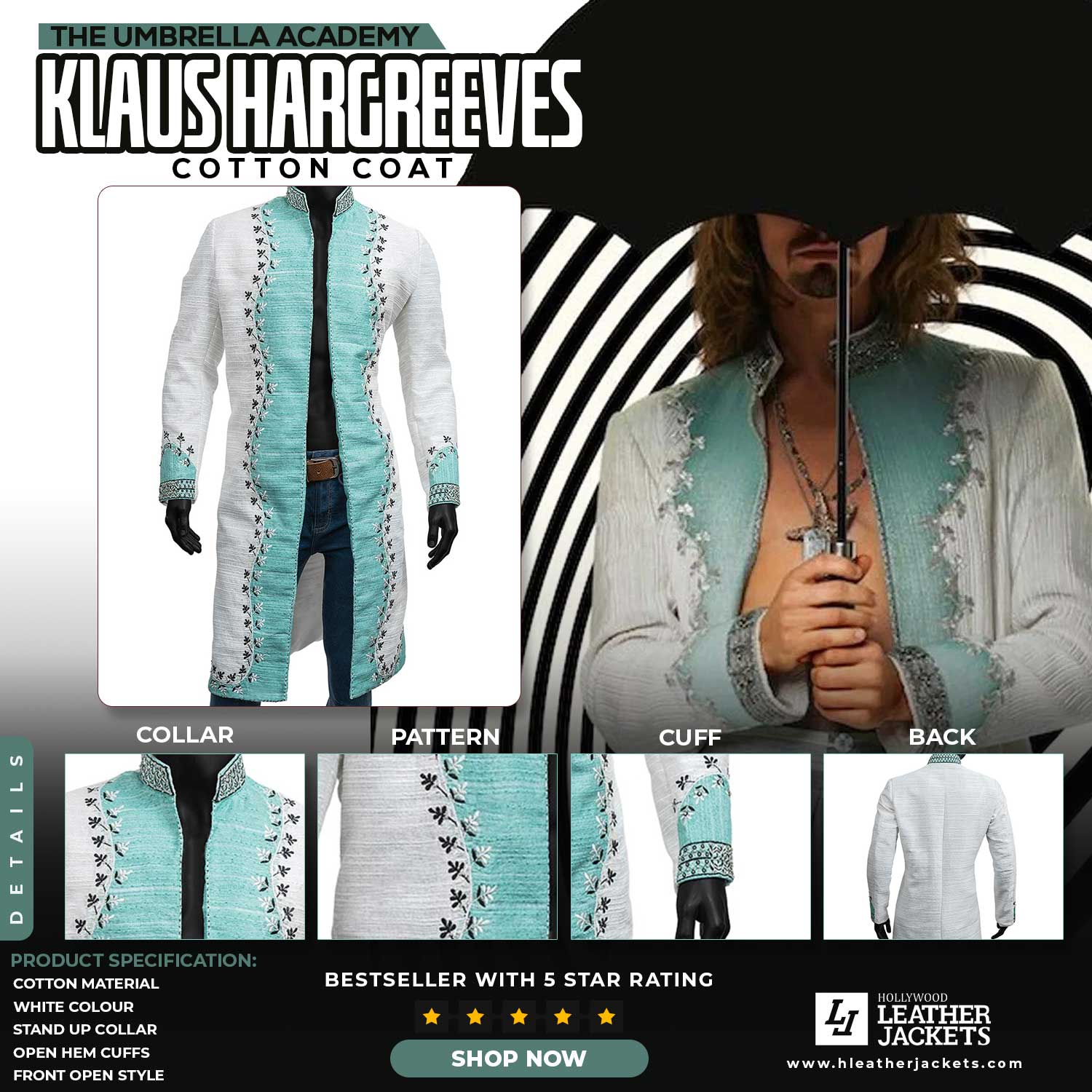