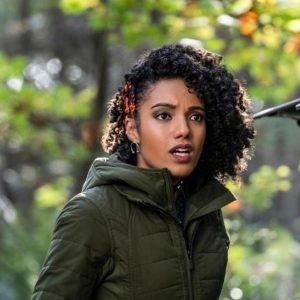 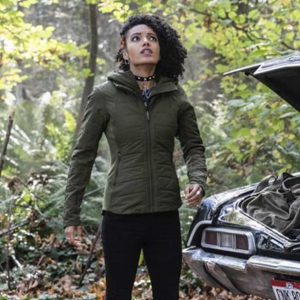 Legends of tomorrow is a superhero film which is based on DC comics characters released on January 21, 2016 on the CW. It revolves around the team of legends recruited by Rip Hunters to destroy evil Vandal Savage and finish the time masters organization initially in season one. The series has been renewed till season 5 with a different plot in each part of the series. It has received positive reviews as people praised the acting, comedy and action in the series.

Charlie is a magical fugitive who is also a formidable fighter and can shape-shift herself while fighting as a part of legends’ team. Her dressing style and acting has inspired many superhero fans urging to copy their all-time-favorite character, for those enthusiasts we have come up with this stunning jacket which is an exact replica of Charlie’s attire in season 5.

This Legends Of Tomorrow S05 Charlie Jacket is manufactured from parachute material along with inner viscose lining which maximises comfort and durability making sure that you stay protected from all the chilly winds of winters. It has an erect hooded collar keeping your head warm which also gives it a fashionable and standout style. The front zippered closure makes it easier for you to conveniently wear this jacket giving you a stylish look. The green colour has an eye-catching view as it improves the elegance of the apparel. You can also put your stuff like keys and wallet safely in the spacious two side waist zippered pockets.