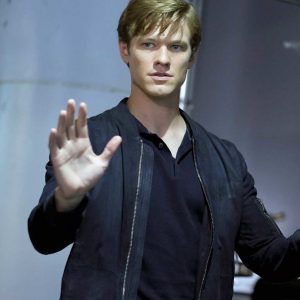 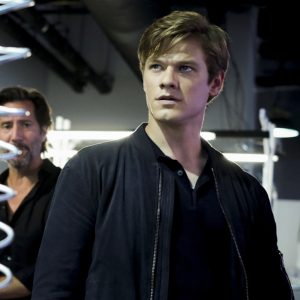 MacGyver is a reboot version of the ABC series based on the action adventure genre. The plot focuses on the character MacGyver who prefers fighting crime with his science based methods rather than lethal force as he works secretly for phoenix foundation as a think tank. It is made in a fictional universe. It is developed by Peter M. Lenkov and its seasons are referred to as ‘Lenkov-verse’. It was renewed for a fourth season in May 2020.

Lucas till has portrayed the main character of the series known as Angus MacGyver works secretly for Phoenix foundation trained as a technician for the army, he uses non lethal ways to stop his enemies, he has made an appearance in the series wearing this elegant bomber jacket.

This MacGyver Bomber Jacket is made from premium quality cotton fabric along with inner viscose lining which maximises comfort and warmth. It comes with a rib-knitted collar which improves its classic design. It also has a front zipper closure which adds to its sophisticated look. The detailing of rib knitted cuffs and rib knitted hemline gives it an edgy touch. The black colour of the jacket looks elegant as well as charming. You can also store your belongings in the two front pockets.

Have no product in the cart!
0