The Han Solo Jacket is one of the greatest choices in a fashion which was nominated to be worn by the well-known actor Harrison Ford in Star Wars. The overall costume made him look great and his jacket became a choice for everyone in no time and was highly appreciated on the demands of people.

The Han Solo Leather Jacket is a well-known piece of fashion that is recognized nearly by everyone. The initially erecting collar of a real/faux jacket gives an amazing look and uplifts your personality. The brown color along with the ammunition holder to the chest gives an accurate look of the character of Han Solo. Along with the leather to make it look tough, the viscose lining and stitching inside of the jacket would make it comfortable at the same time. It has been gaining a great reputation among the public and is highly appreciated because of its never-ending style and evergreen quality. 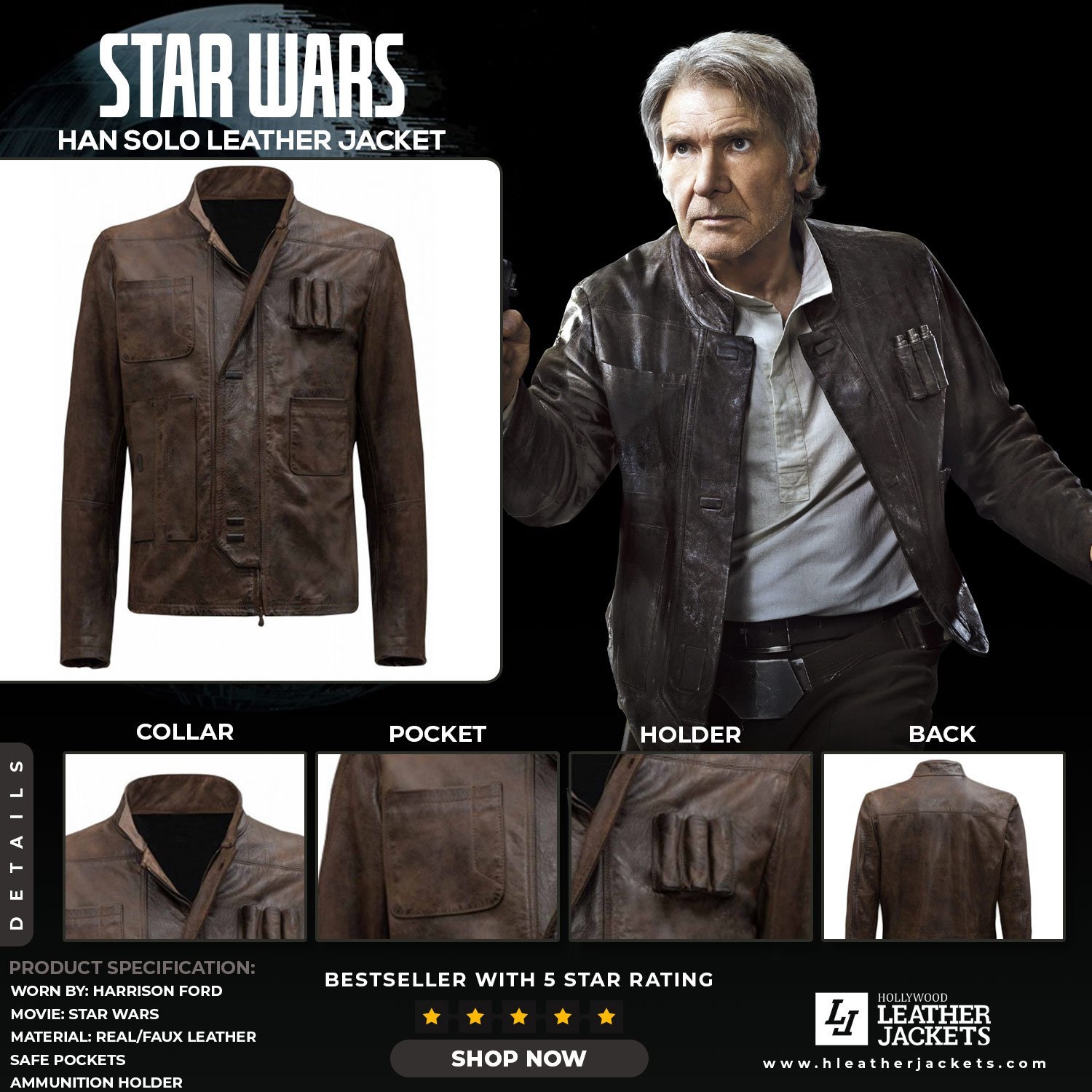