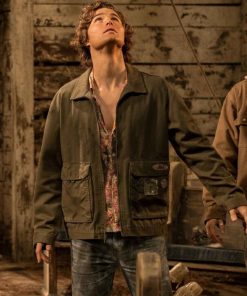 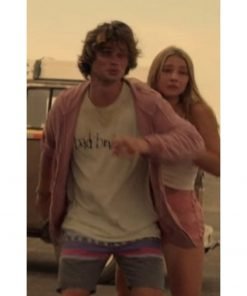 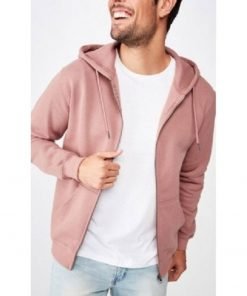 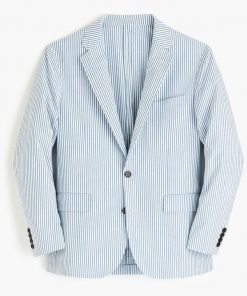 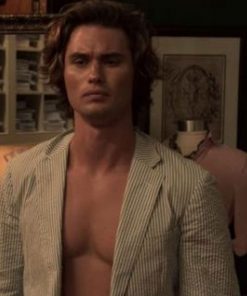 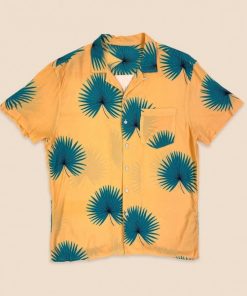 Outer banks is an action adventure tv series released by Netflix recently in April, 2020. It follows the story of teenagers called Pogues who set out on a journey to find their group leader John B’s father who went missing. They were also chased by another group called Kooks as well as law. Together they went through these obstacles of love, drug, friendship, money and fights. Pogues also discovered a treasure on their way which belonged to John B’s father. The series has one series up till date with a total number of 10 episodes. It has a rating of 70% on rotten tomatoes which is quite high.

The series was approaching for its mind-blowing and attractive attires worn by its characters. These outfits were highly sought by the series fans so we decided to launch an entire collection based on the series apparels. The main character of the series known as John B, who was the leader of the group and led his friends on a summer adventure in search of his father, can be seen wearing different eye catching outfits throughout. His handsome style portrayed by the exotic and talented actor Chase Stokes is the inspiration behind this outclass collection we have presented to you.

Outer banks merch include a wide variety of apparels carefully replicated with high quality fabrics and attractive designs. This collection includes shirts, jackets and hoodies composed from top-notch quality fabrics. This collection complements both seasons, summers and winters and provides you with perfect outwear to suit both. We have ensured great perfection in these masterpieces by adding stylish and trendy features of classy collars, front closures and appealing colours. With their fashionable appeal and exact replications from the series, these apparels are worth the money of many fans out there.

Is this collection entirely based on a series?

Yes, all the apparels are replications from the netflix series outer banks.

Is John B the series character?

Yes, he has played the role of being the ringleader of the group.

What fabrics are these available in?

Are these comfortable to wear?

Yes, we ensure complete comfort within its inner and outer linings.

Do you deliver in UK?

Are there only jackets in this collection?

No, we have other apparels like shirts and hoodies too.

Can we return a product?

Yes, you can check out our returns and exchange policy.