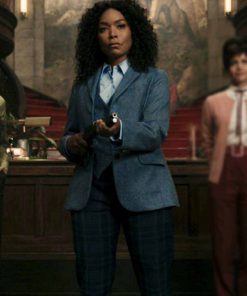 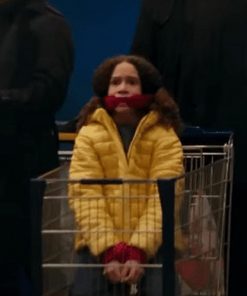 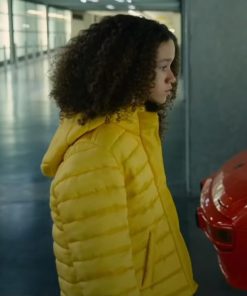 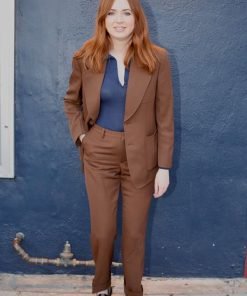 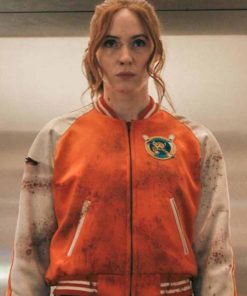 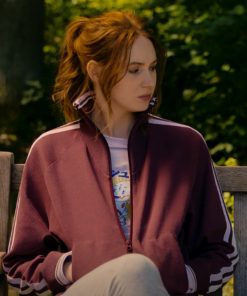 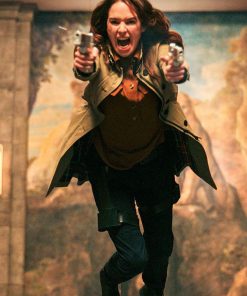 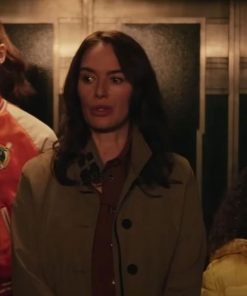 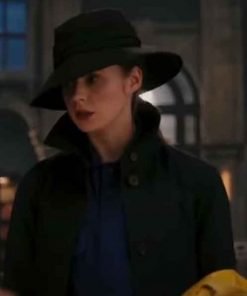 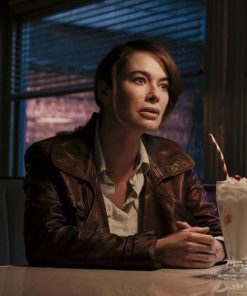 There’s no denying that Hollywood always tries its best to promote gender equality these days; however, there’s always something illuminating about the women-in-action movies that can be preferred over the other ones any day! For instance, seeing women taking charge of the stories and projecting their empowerment through multiple roles, and standing tall at the end of the day regardless of what happens, is what we all need to stream at times. And the finest examples of such influential imagery are Wonder Woman, Hermoine Granger, Mulan, and many more. Hence, with keeping the similar momentum of women empowerment with intense action, exceptional yet captivating plotline, magnificent cast, and exquisite outfit collection, the justly-released; Gunpowder Milkshake merchandise and movie are together; a much-awaited treat that you should not skip at all!

Gunpowder Milkshake revolves around the agonizing yet impactful lives of three generations of women. Firstly, a professional assassin named Scarlet has to abandon her daughter, Sam, forcefully and run away. Years later, that little girl grows into a cold-hearted woman and becomes a hitwoman. During one of her missions, Sam falls under the unseen consequence that occurs after the involvement of an 8yo girl and persuades Sam to go rogue. Following the plotline further, Sam meets her mother and other former hitwomen, who join forces together, and take revenge from those who took everything from them.

Karen Gillan portrays one of the leading characters of Sam, who grows out into a cold-hearted hitwoman. However, she has to undergo a massive change of heart when an eight-year-old girl gets caught between the criminal wars and needs to be saved right away. Karen Gillan is merely the best actress out there who’s also famous for her role as Nebula in MCU, Ruby in Jumanji: Welcome to the Jungle, and even Doctor Who. Check out her character’s best-selling Gunpowder Milkshake Karen Gillan Jacket NOW!

Scarlet is an estranged assassin, associated with elite sisterhood assassins at one point, abandons her daughter, Sam, forcefully and runs away. Played by the actress Lena Headey, famous for being Cersei Lannister in Game of Thrones and Sarah Connor in Terminator, you won’t regret buying her inspired Gunpowder Milkshake Scarlet Leather Jacket ever, so check it out ASAP.

We hope that you would have believed us when we associated Gunpowder Milkshake having a brilliant cast. If not, then Angela Bassett is here to prove it! The actress has an iconic yet influential role in the film for being a part of the sisterhood of assassins who further join forces with both; Sam and Scarlet. Angela Bassett is merely the finest actress out there who perfectly knows how to leave everyone startled with her acting and fashion skills within just a few seconds. You may recognize her from playing as Wakandan Queen Ramonda (Black Panther), Tina Turner (What’s Love Got to Do with it), Betty Shabazz (Malcolm X), and many more. Buy the character’s inspired best-selling Gunpowder Milkshake Angela Bassett Blazer now!

The Gunpowder Milkshake Jackets & Coats collection doesn’t end here as there are multiple fascinating options that you can try. And if you want to widen your fashion vision, check out the latest collections of Cotton Jackets for Women & Women’s Leather Jackets, now in stock!