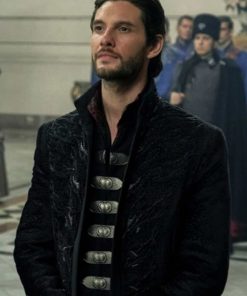 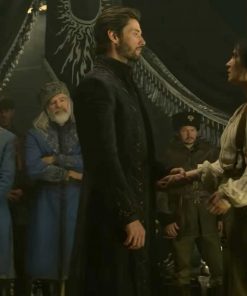 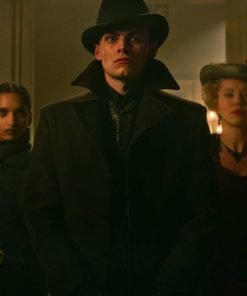 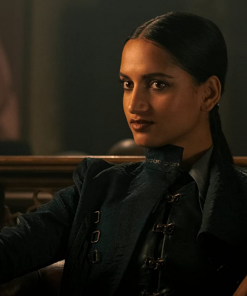 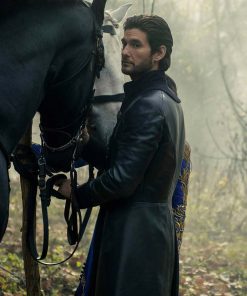 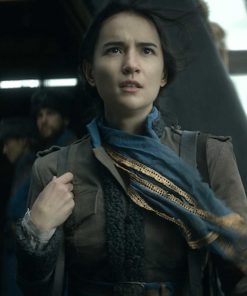 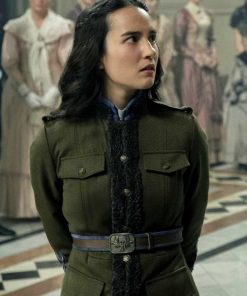 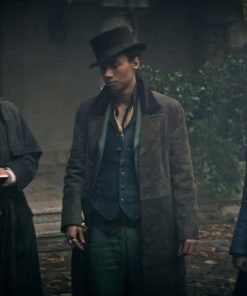 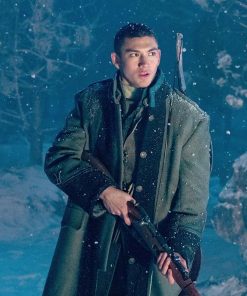 Shadow and Bone Coats and Jackets

It’s no surprise that GOT left a void in every fan’s heart after streaming its final season, which Netflix and other famous production houses are still trying to fill. With that said, a new fantasy tv-adaptation of Grishaverse books, aka, Grisha Trilogy by the author Leigh Bardugo, Shadow and Bone, has just made its way to Netflix’s popular show charts. Since the show starts with giving everyone similar feelings like the other famous show, Game of Thrones, it’s a must-watch treat for both GOT and Grishaverse fans that no one ever saw coming! So, if you’ve heard about the series already and are planning to stream it soon, we suggest reading this till the end to get a quick glimpse of what the show’s about right away.

An Exciting Background For An Epic Start

With having the talented Eric Heisserer as the director and the author Leigh Bardugo herself, the series Shadow and Bone might not be exactly as similar as it’s in the novels; however, Netflix hasn’t disappointed anyone so far, either. The tv-adaptation not only has Shadow and Bone trilogy in it, but most of the events are also inspired by the other famous The Six of Crows duology. Nevertheless, having the same adventures, cliffhangers, following the novels yet bringing out something new for both Grishaverse and new fans, things couldn’t get better than this, and we couldn’t be happier!

Shadow and Bone tv-series follows a story of a leading character, Alina Starkhov (Jessie Mei Li), living in a war-torn world and pursuing a career as a cartographer. As the story further unfolds, soon Alina discovers the unique powers that she has never encountered before. Hence, she thinks straight of saving her world from the dark yet horrifying magical entity called The Fold, followed by the other vicious creatures, Volcra. With that said, soon learning about Alina and her magical powers, multiple enemies and friends follow her way, and the audience gets to experience a must-watch fantastical adventure that would be enough to take everyone’s breath away!

The News Regarding The Second Season Of Shadow And Bone:

Ever since the series first season ended, everyone has been excited about its sequel, and that’s what we want to see as well. Lately, the show’s director Eric Heisserer’s recent statement about the show getting a renewal for the second season has been circulating the web. However, the exact release date for the second season isn’t out yet; thereupon, the fans can expect the season somewhere in 2022.

And if we talk about the plot for the second season, some sources have suggested that the expected plot of season 2 might require some sacrifices from the leading character, Alina, as hinted by the second installment of the book series. But, let’s just see what happens!

HLJ Has More Things Stocked For The Show’s Lovers & Shopaholics!

Just like every other show, Hollywood Leather Jackets (HLJ) also has a freshly stocked collection of Shadow And Bone outfits, jackets, and coats that we suggest exploring and shopping right away! Further, for an alluring headstart, consider checking the best-selling attire Shadow and Bone 2021 Kaz Brekker Coat ASAP.