13 Reasons Why is an American series based on the teen drama genre. It is adapted from the 2007 novel with the same name. It has been released in 4 seasons. It was released in March 2017 on Netflix. The series discusses several social issues like bullying, sexual assault, mental health, racism, homophobia, etc. It revolves around the girl Hannah Baker who committed suicide leaving behind 13 audio tapes delivered to people because of whom she took her life. The fourth season was released in June 2020. Dylan Minnette has portrayed the character of Clay Jensen, the protagonist of the series who had a crush on Hannah Baker and is keen to find out the reason behind her suicide, he is spotted wearing this classy denim jacket in the series.

This Clay Jensen Jacket is fabricated from denim material along with soft inner viscose lining which promises comfort and longevity. It has a classy shirt style collar which is perfect for achieving a casual look together with the front buttoned closure. Its blue color looks elegant and graceful adding a subtle look to it. It has full sleeves with buttoned cuffs. 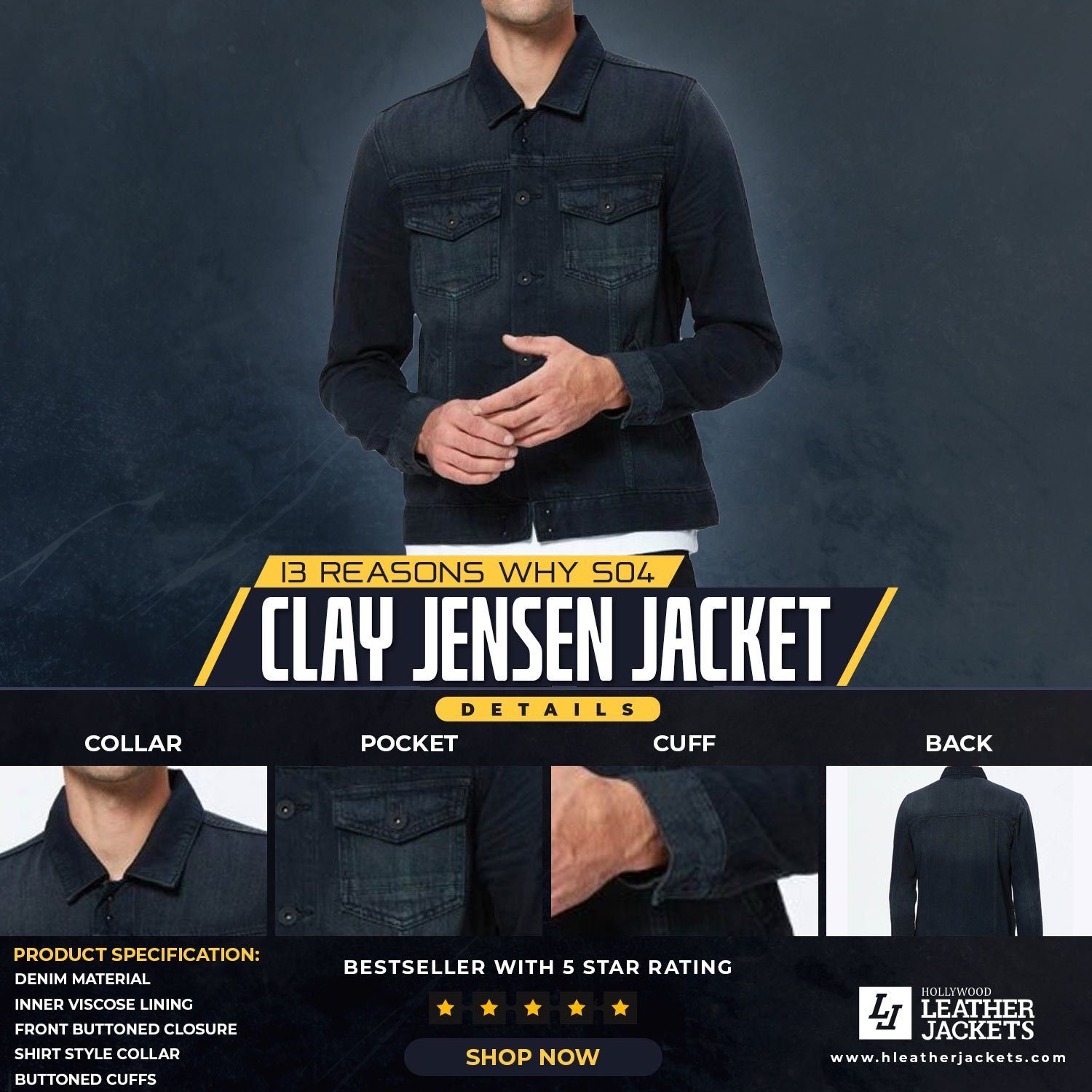 5.0
Based on 1 review
Powered by Customer Reviews plugin
Add a review Cancel reply