We bring you the content of one the most awaited show of British TV series which has yet to be on-aired, Good Omen. People have been watching teasers of the show through different mediums although the show is expected to be broadcast this year, 2019 from HBO and BBC 2. The show is so hyped because of the extremely talented actors, mainly Michael Sheen, who is going to play an angel named Aziraphale. The angel has been seen wearing a Good Omens Coat which everyone has become a fan of.

We bring you the exact same coat even before the show is aired. The Good Omens Aziraphale Coat is available in a tortilla brown color. It is made of soft washable cotton. The interior is lined with Viscose to keep moisture away and give a soft touch to the skin. It has loose-fitted full-length sleeves, the coat has perfect stitching. The collar has a notch style with a buttoned closure front with buttonholes. 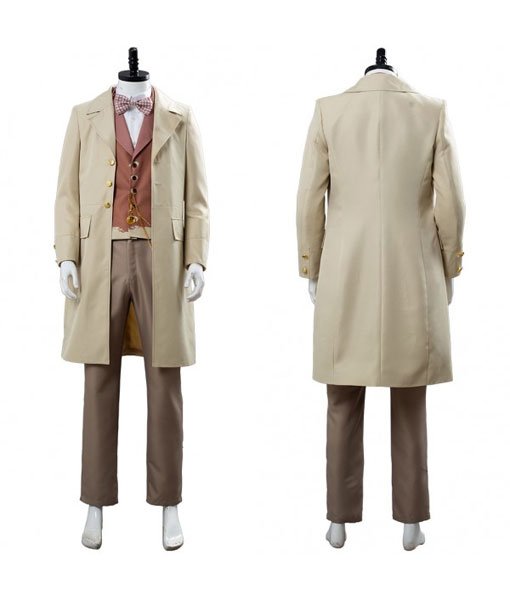 5.0
Rated 5.00 out of 5
Based on 3 reviews
Powered by Customer Reviews plugin
Add a review Cancel reply