Batman under the Red Hood is supposedly one of the most amazing superhero films because of its exciting action and well-defined and placed emotion. In the movie, Batman faces a vigilante who aims to clean up the Gotham City but does not follow his moral code. Jason Todd is one of the main fictional characters from the DC Universe and appears as Red Hood in this movie where he is seen wearing this stylish and superbly created Batman Under The Red Hood Jason Todd Jacket that is surely worth all the attention.

This Batman Under The Red Hood Jason Todd Jacket is tailored carefully out of real and genuine quality leather with an internal viscose lining which together make this jacket a certain go-to in winters for the amount of warmth and comfort it tends to radiate. Attractively brown in color, this jacket has stylish erect snap tab collars and a zipped up closure ending with a button that enhances the uniqueness of it and further appeals to the eyes. 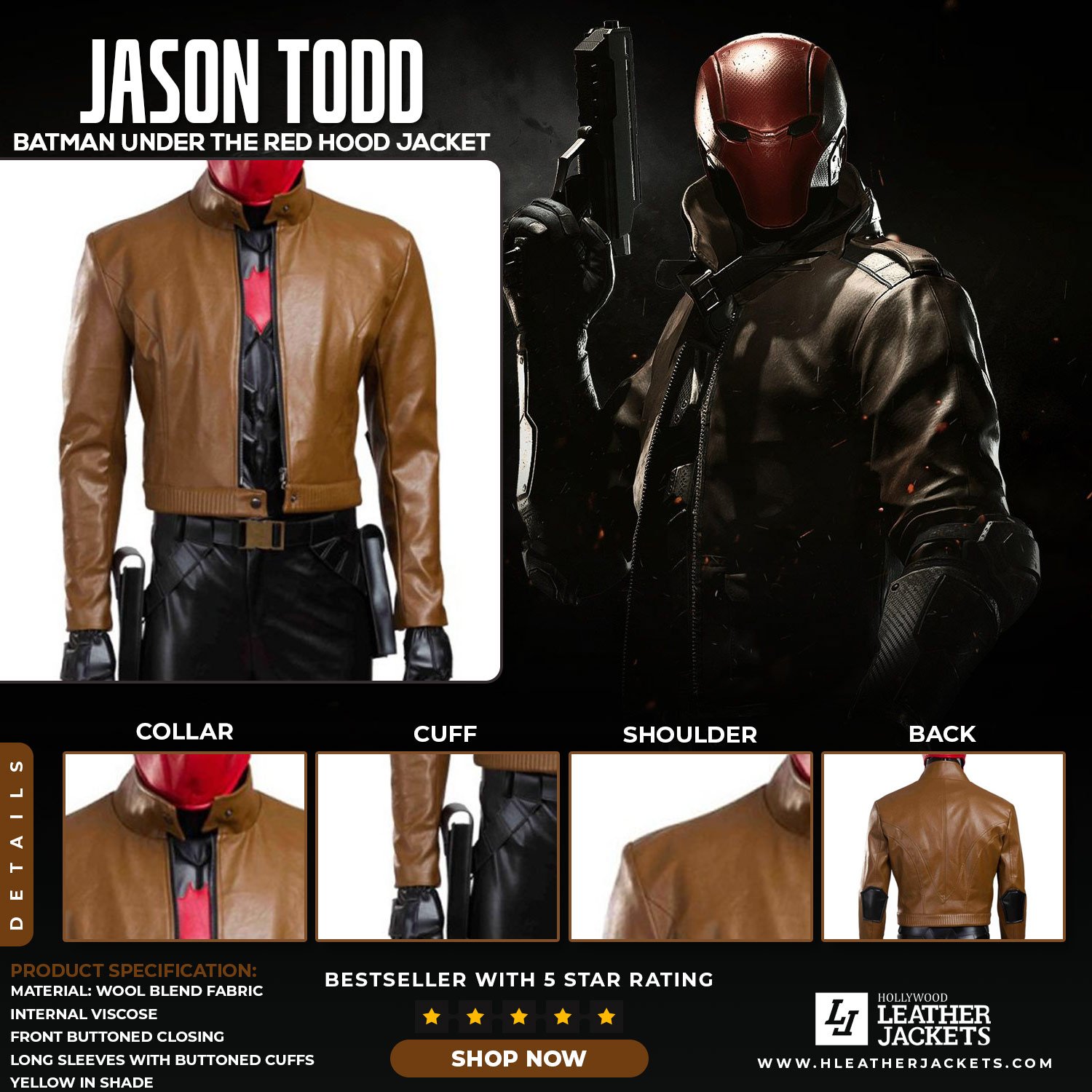 1 review for Batman Under The Red Hood Jason Todd Jacket

5.0
Based on 1 review
Powered by Customer Reviews plugin
Add a review Cancel reply