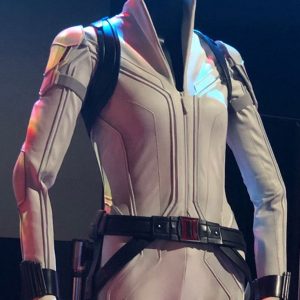 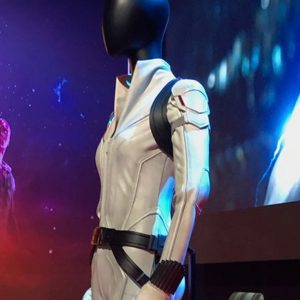 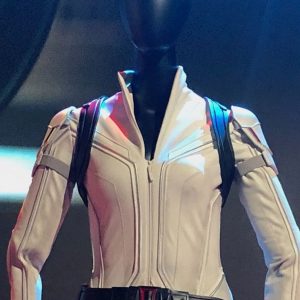 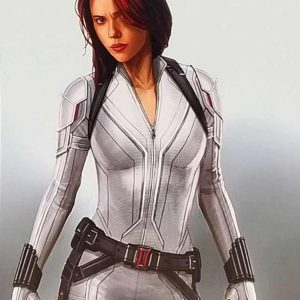 Natasha or more commonly acquainted Black Widow is an empowered female fictional character created by the Marvel Comics. She was introduced as a Russian spy and an antagonist to the Iron man but she later became a part of the sensational team of superheroes, the Avengers. Her character is an inspirational one for the women out there as you must have seen her sacrificing herself in the End Game where the fans were deeply saddened by her demise. However, they donor need to be sad anymore as their favourite superhero is back in action in the Natasha Romanoff film where she will flaunt this upgraded attire. Just how fast the Marvel team is, we have an equal pace as our creative designers are here with its recreation just so early.

This utterly royal and shining silver leather apparel is customized out of 100% original PU leather which has the heavenly viscose lined inside of it that makes the experience of gracing it as warm and comfortable as it could get. The Black Widow White Jacket comes with smartly V shaped stand up collars, a zippered frontage, amplified linear scheme outlines, waist zipper welt pockets, zippered cuffs and a padded shoulder scheme where together all of these features elevate the look of this bold and defining Black Widow White Leather Jacket.

4.0
Rated 4.00 out of 5
Based on 1 review
Powered by Customer Reviews plugin
Add a review Cancel reply
X