Descendants 2 King Ben Jacket is introduced after getting inspiration from the American movie Descendant 2 which was released in 2017. The story of the movie revolves around a royal family in which a character named Ben help this royal family to adjust their life. He teaches them various manners that how to live as a king in the Royal house. This character was actually performed by Mitchell Hope who is one of the leading actors in the year 2017. He has worn many beautiful attires while performing his character which was copied by his fans.

This Descendants 2 King Ben Studded Leather Jacket has been created with faux leather which made it durable. Inner soft viscose lining not only give you perfect look but also give you comfort and relaxation. This attire is very light in weight and also available in very reasonable rates so you can afford it. 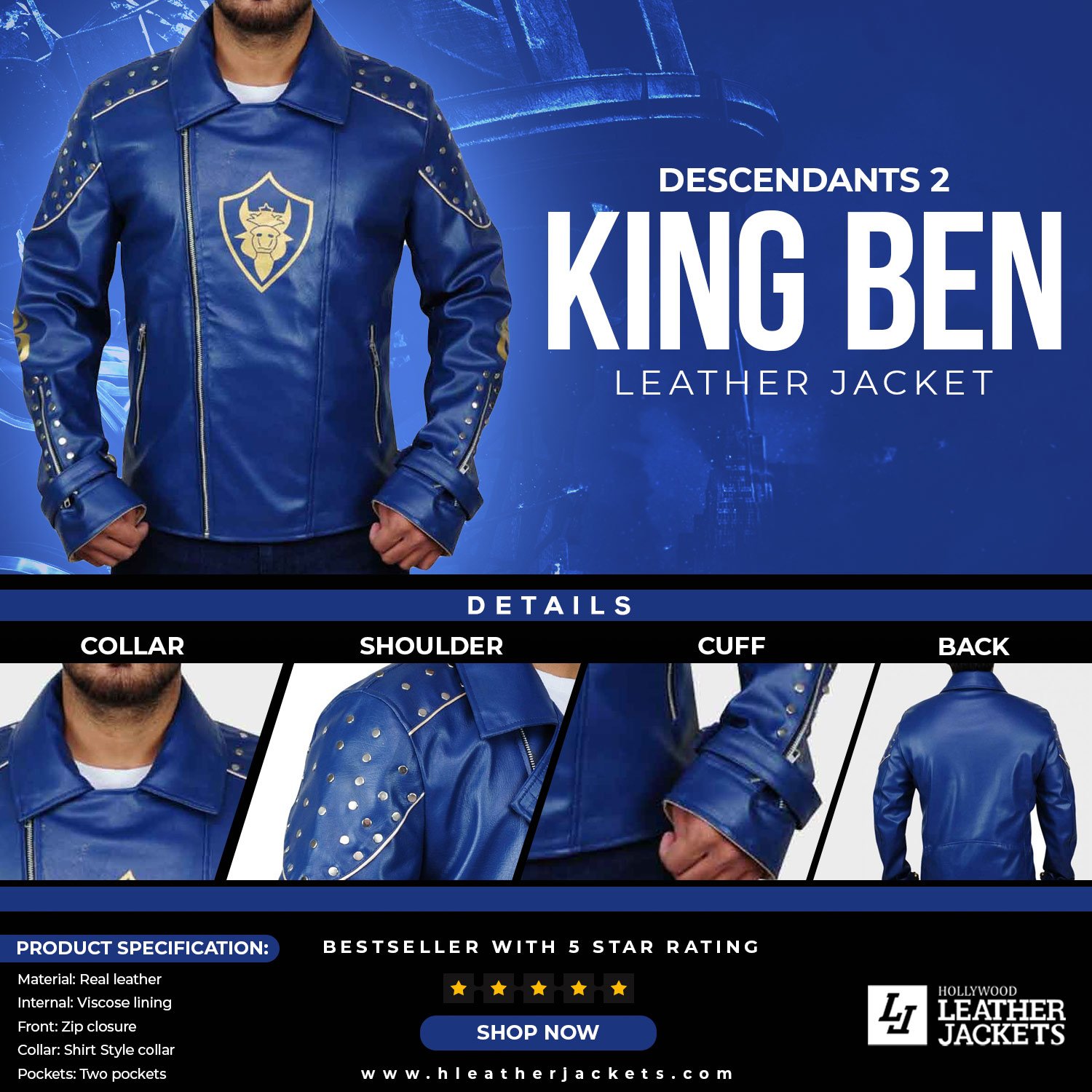 5.0
Rated 5.00 out of 5
Based on 1 review
Powered by Customer Reviews plugin
Add a review Cancel reply