Empire is a musical drama series that was released on January 7, 2015, and concluded on April 2020 by Fox. It follows the story of the owner of an entertainment company who is grooming his three sons to be his successors after he dies because of his medical condition. The plot becomes more interesting when his ex-wife also comes in the scene after getting released from prison and is now fighting to take control of the company.

The character of Teri was introduced in the sixth season and quickly grabbed the attention of millions of fans making them adore her completely. For those excited fans, we have brought this amazing jacket with the exact replication of Teri’s attire in the series.

This Empire S06 Teri Puffer Jacket is fabricated from top-notch parachute material which gives maximum protection from chilly winds of winter and gives extra warmth. The inner viscose lining also ensures to keep you cozy and comfortable. The jacket is collared in an erected style which looks eye-catching and chic. The front zippered closure not only improves its style but also gives you the ease of wearing it and pulling it off whenever you feel the need. It has full sleeves with classy open hem cuffs. The orange color of the jacket is bright and gloomy giving you the freshest look for outdoor wear. Two side waist pockets also provide enough space to store your personal stuff like keys and wallet. 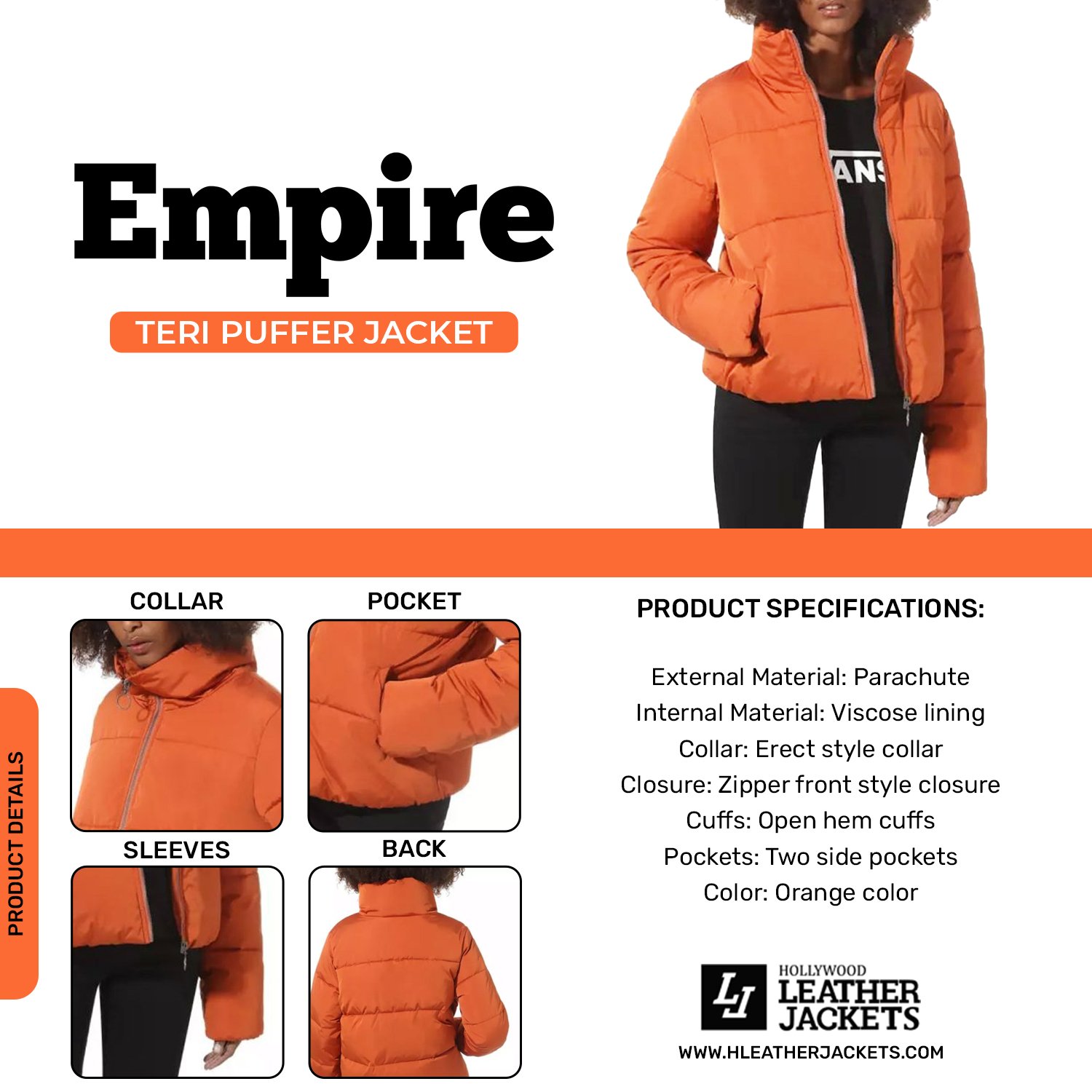