Glee is a drama series released by fox network on 2009 to 2015. It is based on a musical drama-comedy. The plot follows the High school club called glee while its members deal with social issues related to sexuality, relationships, teamwork, race, and relationships.

The cheerios were a cheerleading group in the series, who have won multiple cheerleading competitions and awards, their cheerleading jackets were adored by many, so hleatherjackets replicated it just for you.

This Glee Cheerios Jacket is made from wool blend fabric together with a soft inner viscose lining that provides warmth and comfort. The jacket has an arched collar along with attractive front button closure. Its feminine red color is entirely inspired by the show and it has a logo at its top front corner too. It has full sleeves with rib knitted cuffs with black stripes on them. 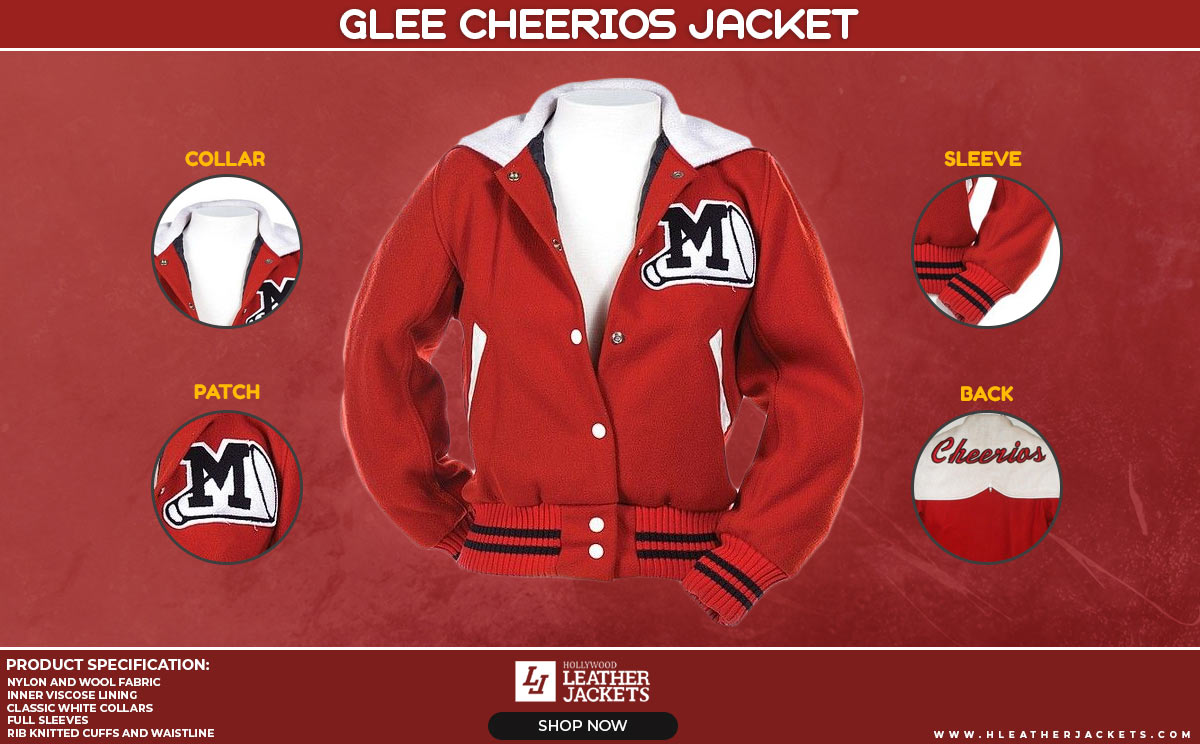 4.5
Rated 4.54 out of 5
Based on 13 reviews
Powered by Customer Reviews plugin
Add a review Cancel reply