High School Musical is a beautifully scripted mockumentary television series created for Disney and set around a fictionalized version of East High School. Featuring a group of musically enthusiastic students, the show shows their participation in a theatrical play. With an ensemble cast, the show released this month and has taken the teen world by the storm.

One of the participants and the member of the group is the adorably handsome Joshua Bassett who is starring in the movie as Ricky Bowen. A junior and a guitarist, he is super passionate about music and is also very good at his stylish which is pretty much evident with this High School Musical Ricky Jacket.

This refreshing piece of clothing is neatly stitched and is created carefully out of durable cotton denim fabric which has a classy look covering it. Lined internally with sleek viscose, the interior repels all the appearing moisture away and attracts for the wearer incredible comfort and ease. Light and peaceful blue in color, the jacket has cozy shearling fur notch collars, full and fitting sleeves with buttoned cuffs; a fine buttoned-up front closure, and some safe and secured accurately placed pockets to store in your stuff.

FAQs:
1. Who is playing the character of Ricky Bowen?
Joshua Bassett.
2. What is his role?
He is a junior and a brilliant guitarist.
3. When did the series go on air?
In November 2019.
4. Who is Ricky shown dating?
Nini, despite her being least interested in music.
5. How was he in his academics?
He is shown as a B-minus student. 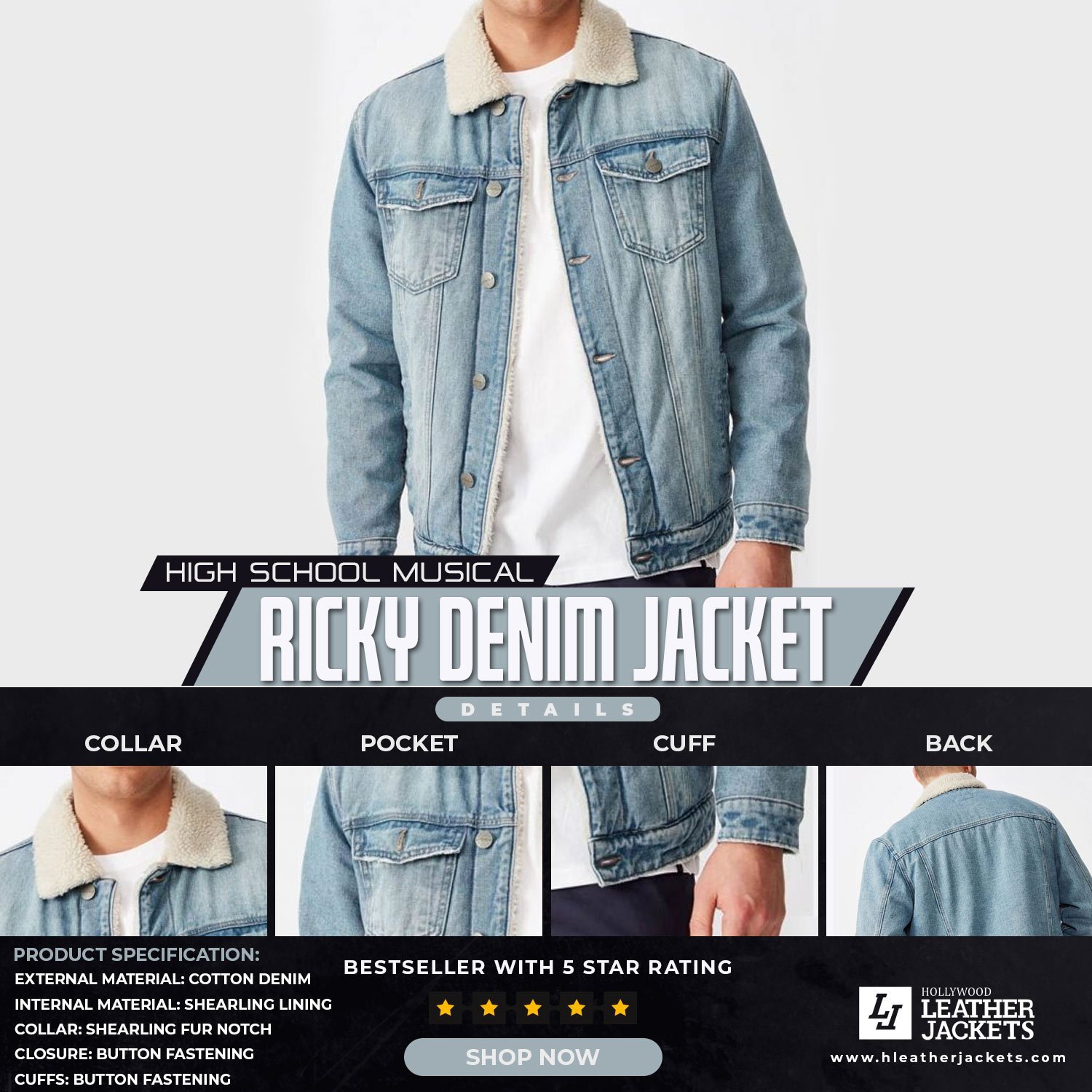