This Hope van Dyne The Wasp Jacket is inspired by Hope Van Dyne or The Wasp who is a female supernatural character based on Marvel Comics characters. This character is introduced in the movie” Ant-Man and The Wasp”. This character is played by Evangeline Lilly. It is a combined production project of Marvel Studios and Kevin Feige. Peyton Reed is the one who fulfilled the responsibilities of a director. The release date was July 6, 2018.

The Hope van Dyne The Wasp Jacket is manufactured of Pu leather which is actually a type of synthetic leather. The interior lining is made of viscose which is very helpful to keep a person warm and it also gives a cozy feel after wearing it. It is in greyish black color with red piping. It has a stand-up collar with a zip closure. The zip goes along the collar and after closing it, you will look so modern. The open hem cuffs give it a casual look and make its user comfortable. 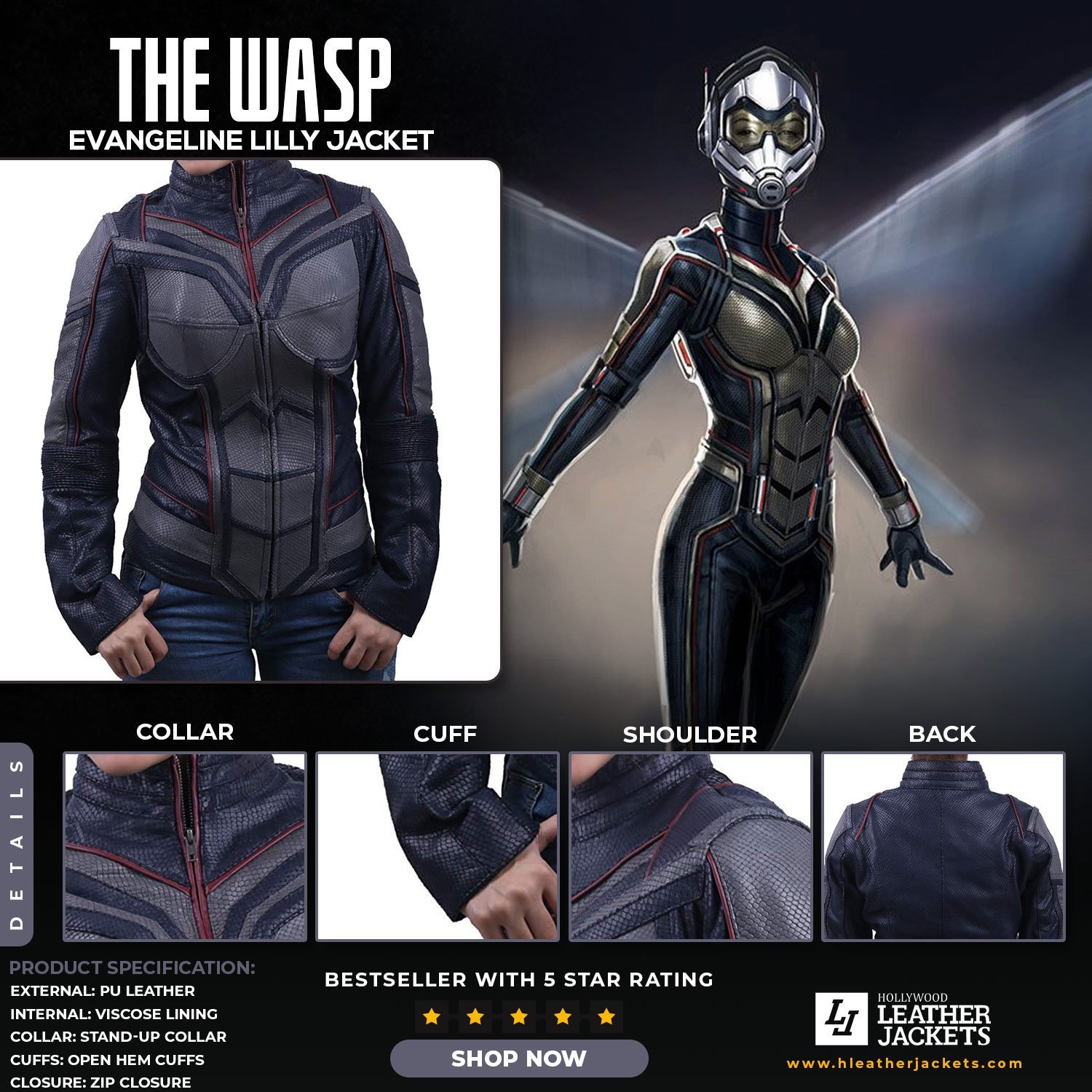 2 reviews for Evangeline Lilly Ant-Man And The Wasp Jacket