With a huge business of more than a 380million dollars on the box office, Raiders of The Lost Ark was one of the greatest adventure films of its time released back in the early 1980s. The movie is about an archaeologist Indiana Jones who fights the Nazis to search for the lost Ark of the Covenant. Behind the success of this film is its high ensemble cast which includes Harrison Ford, who plays the character of Indiana Jones quite flawlessly and is an epitome of grace and elegance with this Indiana Jones Jacket on which we have recreated for his fans.

Finely tailored, this Indiana Jones Jacket is manufactured carefully out of genuine real leather of premium quality complemented by an inner lining of sleek viscose ensuring the weather of long-lasting comfort and great ease at flaunting it. Distressed brown in color, the jacket offers a double-breasted zipped and buttoned front closure to keep you utterly protected from cold. With full-length sleeves, open hem cuffs, smart shirt style collars, and spacious flap pockets, the Indiana Jones Jacket surely deserves to be your go-to for this winter.

He is an archaeologist.

It is about a lost ark. 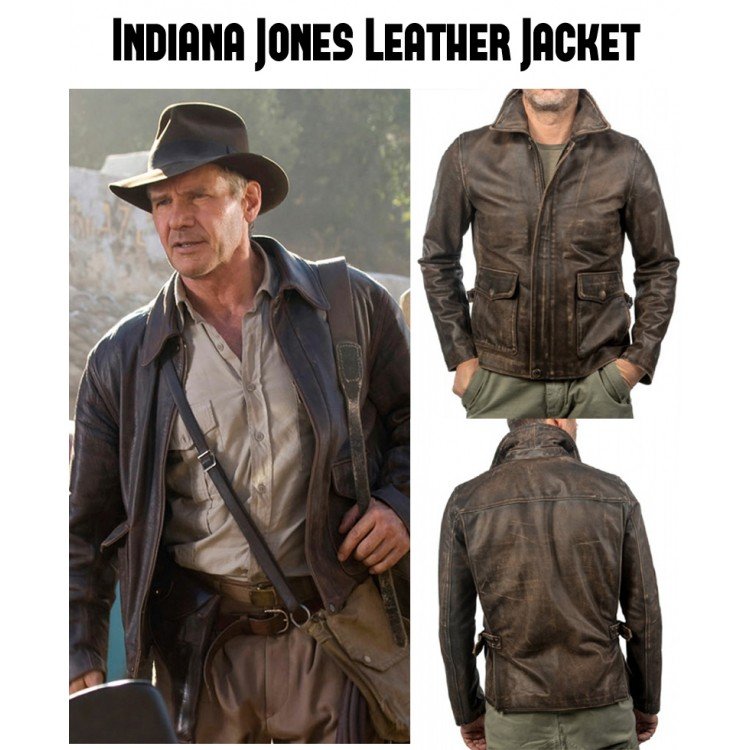 5.0
Based on 3 reviews
Powered by Customer Reviews plugin
Add a review Cancel reply