Kiefer Sutherland outplayed the role of Jack Bauer is one of the most popular and running TV Series Jackets known as 24 by his superb acting skills, charisma, and through his outfits which he wears during this action-packed thrilling TV series. And from this series, we have taken this which will surely Jack Bauer Coat going to defines your attitude and personality.

It looks like poor Jack Bauer is not retiring anytime soon no matter how much he might deserve it!

And if you haven’t been watching (and if so, why not?!) here’s a quick rundown. Each season of 24 features the events of just one 24 hour period; the concept being that each episode plays in real-time. Kiefer Sutherland leads as Jack Bauer, the chief of field ops for an elite team of CTU agents. In season one the agents discover an assassination plot targeting the Presidential candidate David Palmer and there is just as much drama at home for when Jack’sdifficult teenage daughter mysteriously disappears, his already strained marriage to his wife Teri, takes an even bigger hit. One thing you can be sure of is that every episode will keep you on the edge of your seat from start to finish! 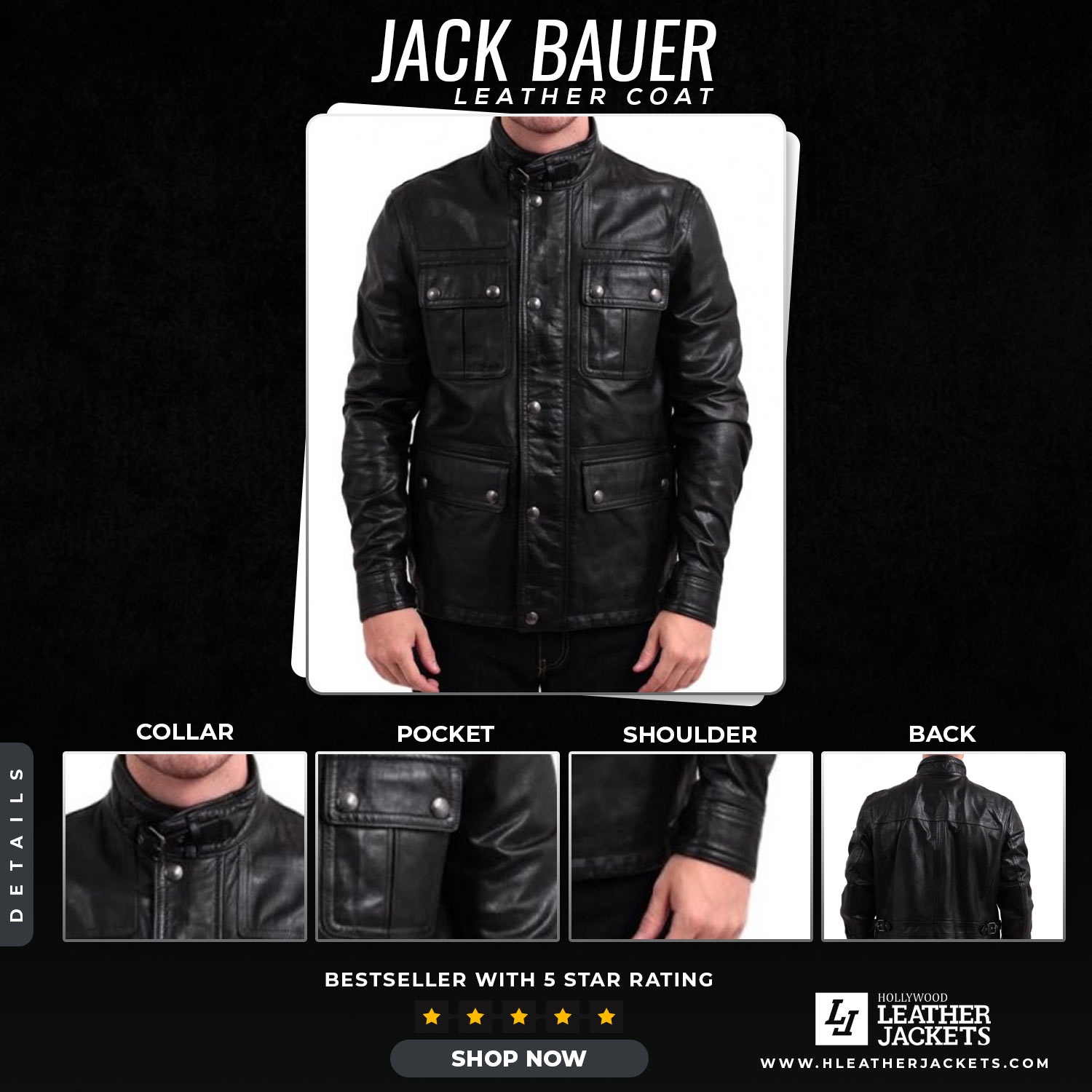 Be the first to review “Jack Bauer Coat” Cancel reply