An American drama series created by Paramount production is named Yellowstone, it comprises two seasons for now. The drama series revolves around a sixth-generation farming family John Dutton who is powerful, rich, and magnanimous. The Oscar and Emmy awards winner Kevin Costner is cast as John Dutton. The drama is based on murders, mysteries, unhealed wounds the farming land and legacy, the borders, and beyond the borders. Beyond the borders is there is an Indian reservation while America is trying to take it under the National Park’s wing. The story is mysterious and intriguing.

The character is a build-up to love and hate at the same time. John Dutton in the show has been seen a lot, watching this particular Yellowstone Season 3 Jacket. So for all the fans here is good news you can now buy this amazing jacket on the web-store.

The John Dutton Jacket is made in the style of a button-down shirt but has a zipper instead of buttons. Its exterior is made of cotton fabric, while the inside is heat absorbent because of the viscose linings. As it is a true adaptation of the jacket from the show it is not available in any other color than the combination of beige and vermilion. The jacket has a stand-style collar, a zipper front, two breast pockets with flaps, and two vertical, zipper pockets at the waist. The sleeves are full, the cuffed hems are open. It also has panels over the shoulder. It is a decent and pure class. 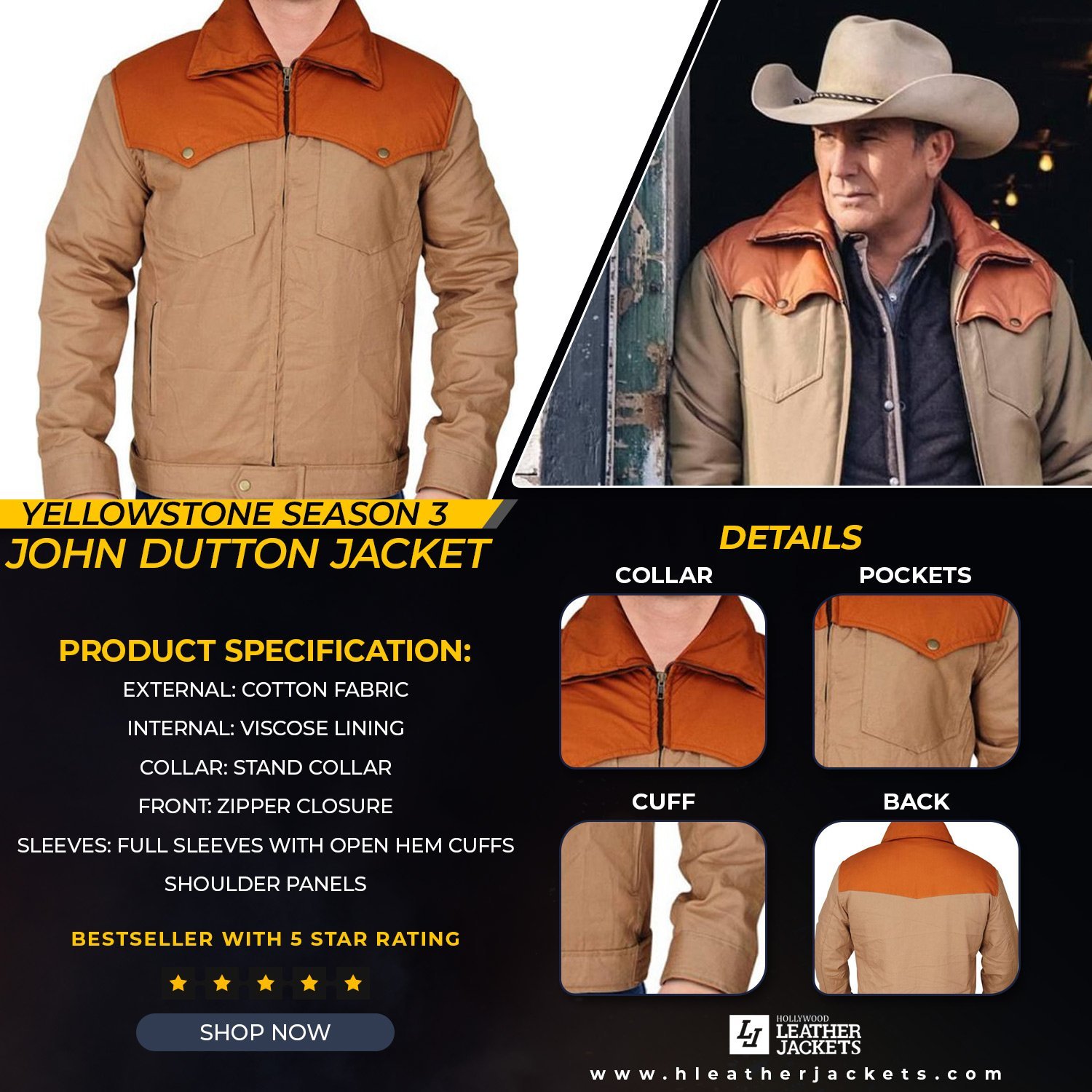