Slaughter Smith-Bynoe is known for the amazing character of Mike in a successful TV series named Ghost. The introduced Kiell Smith-Bynoe Sherpa Trucker Jacket has procured the motivation from the outfit that was worn by Mike. In the drama, Mike and his significant other Alison looked for a house and, they got stunned that they acquired a land property left by their family member. The house was spooky by the Ghosts. One of the apparitions at that point additionally tossed Mike’s better half named Allison from the window. Alison was then promptly sent to the clinic by an emergency vehicle. Following fourteen days, she returned home and had the option to hear and see the apparitions. She stood up to them and got some information about what they need.

The Kiell Smith-Bynoe Brown Denim Mike Ghosts Sherpa Trucker Jacket is the creation of veritable quality denim material that gives you an engaging and mitigating look. It comprises of delicate sewed thick lining inside it, while the outside has a front zipper closure alongside turn down style shearling collar that is an astonishing element of the item. Besides, it has full sleeves and buttoned style cuffs that add some class to your personality. There are two flap chest pockets and two side pockets as well. the attractive brown color of the jacket is just wonderful. 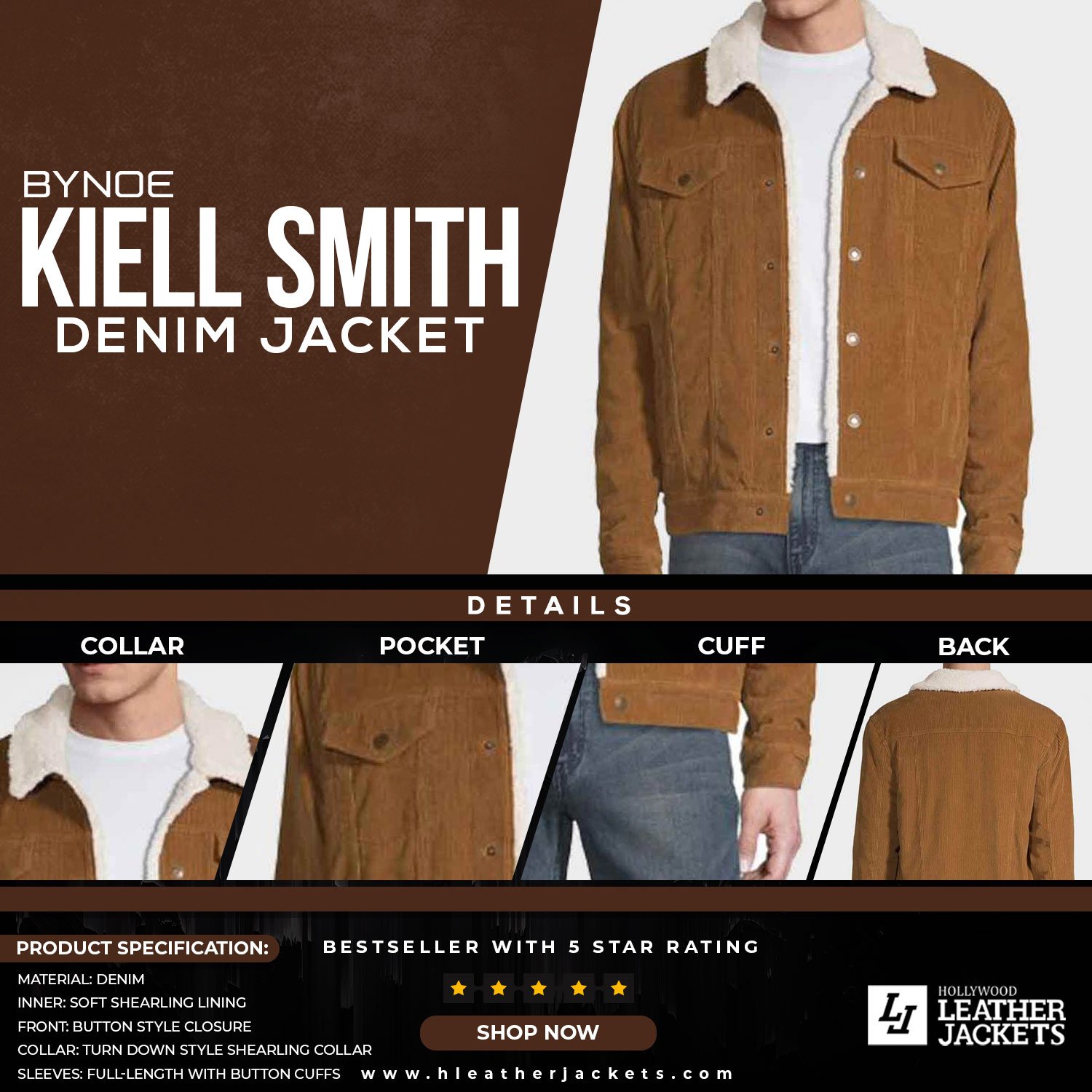