Released very recently on 13th December this year, 6 Underground is an American action thriller film. The movie has a phenomenal plot that revolves around a billionaire and philanthropist who fakes his death to form a squad and get on to the criminal the government won’t touch. Within few days of its release, the movie has become a big hit. With a high ensemble cast doing magic on the screen, the intense and challenging character of the billionaire and later known as One is played in the movie by the dashing Ryan Reynolds who is an absolute treat to watch on screen for his looks and natural acting. This Ryan Reynolds 6 Underground Jacket is one of his trendy attires in the movie we have replicated for the fans.

Incredibly stitched and neatly finished, the Ryan Reynolds 6 Underground Jacket is crafted carefully out of soft and smooth cotton fabric which is internally lined with sleek viscose there to ensure you of utmost comfort, warmth, and ease. In a heartwarming blue color, the outfit has trendy style collars, full sleeves, spacious flap pockets to store in your stuff safely, and a zipped-up buttoned-up conclusion. 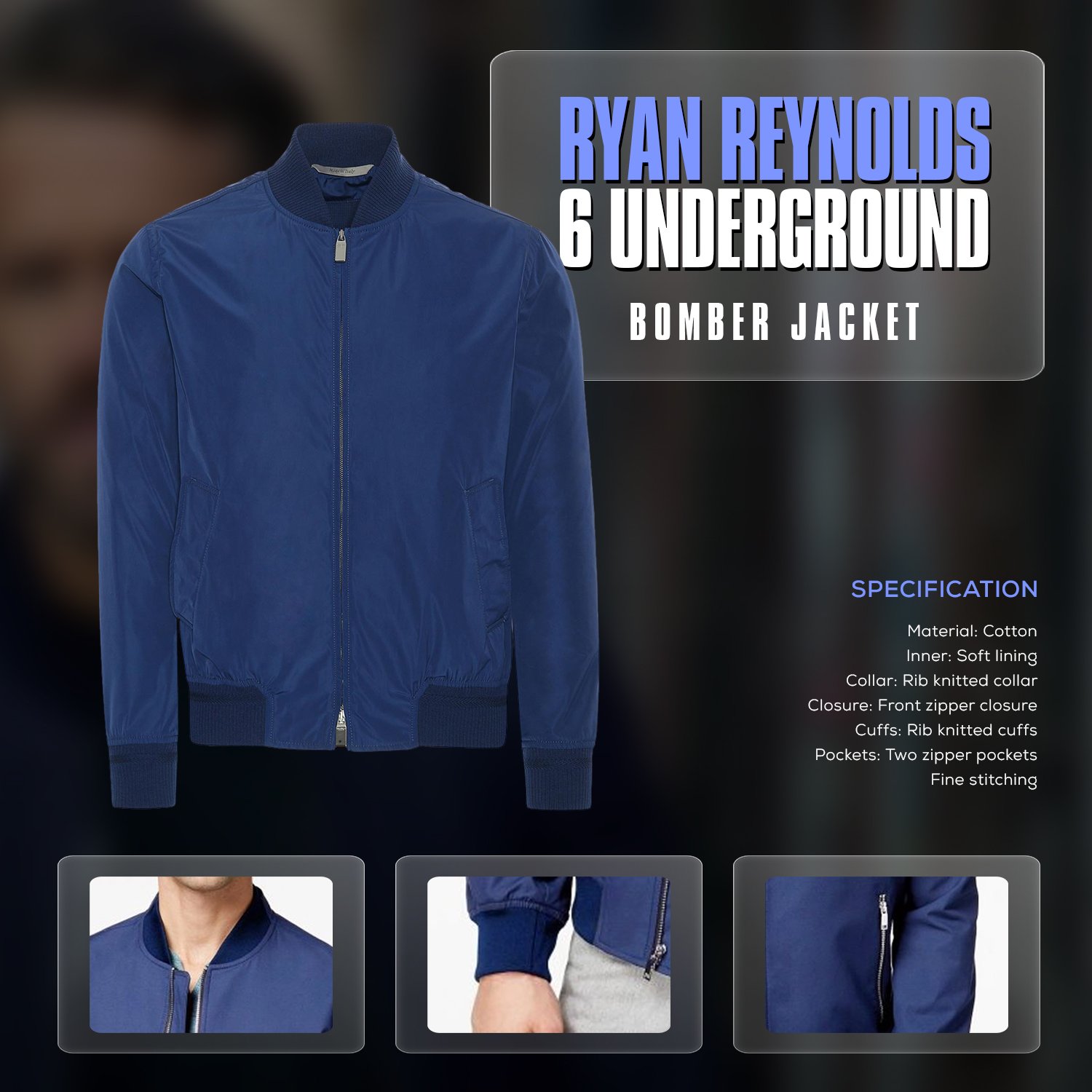 4.5
Rated 4.50 out of 5
Based on 4 reviews
Powered by Customer Reviews plugin
Add a review Cancel reply