This Jacket was worn by Kurt Russell in the Movie “Escape from LA” in which he portrayed the role of Snake Plissken, Snake Plissken was actually a former U.S Army lieutenant who wears this beautiful Snake Plissken Jacket to perform his role.

This brown-colored Asymmetrical design Snake Plissken Leather Jacket is exceptionally made from Real leather. Having front with a zipper closure and pockets are designed as One vertical zipper pocket, one flap pocket, and 1 tilted pocket on the outside with an adjustable waist belt and button tab on sleeves. 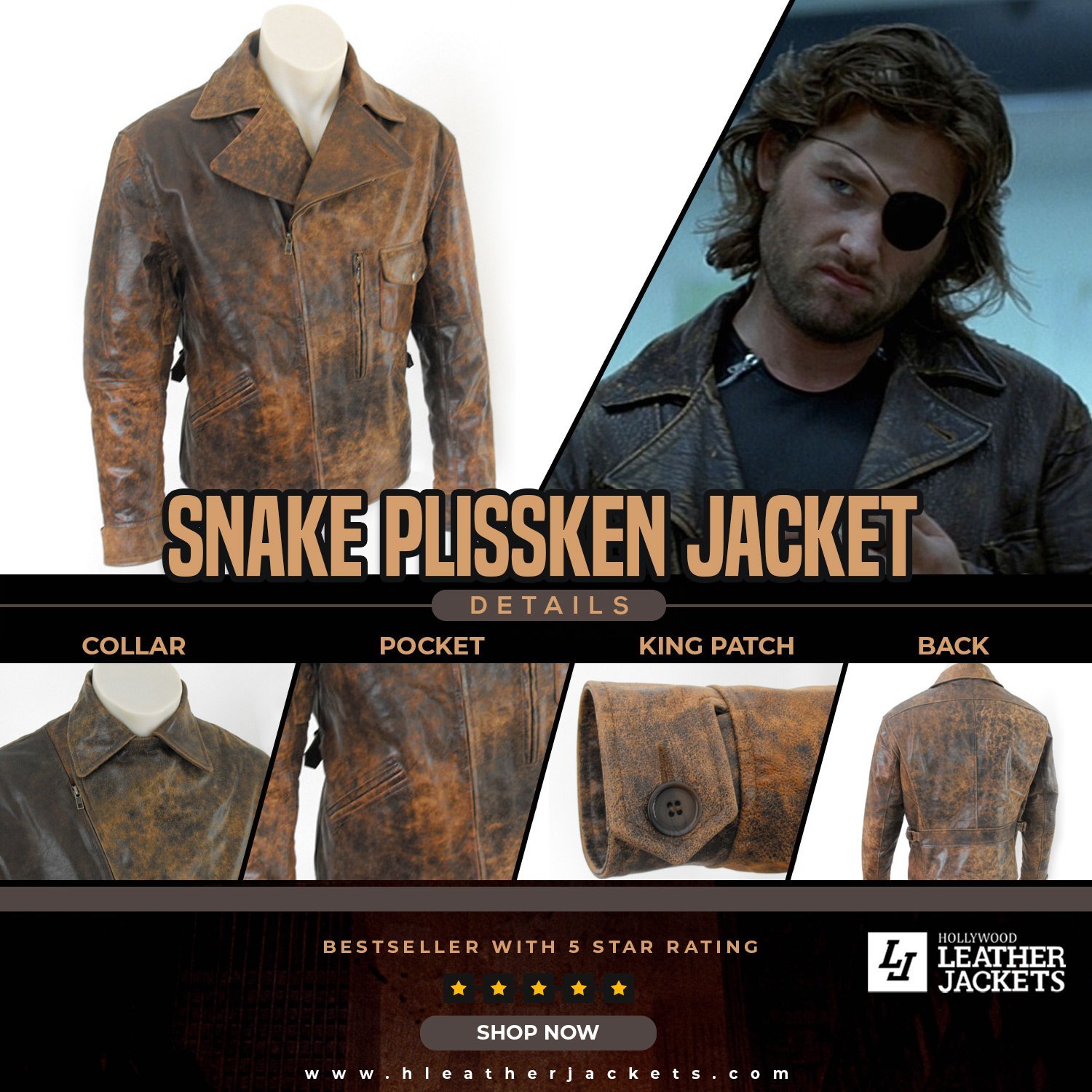 4.8
Based on 5 reviews
Powered by Customer Reviews plugin
Add a review Cancel reply