Stumptown is a series by ABC studios released in September 2019. It is based on a crime drama theme. The series is adapted from the novel of the same name. The name Stumptown is given to the town Portland in which the series has been set. The show was created by writer-producer Jason Richman. The plot follows the story of the sharp-witted woman who was in the military, later becomes a private investigator to provide for her younger brother and settle her debts.

The main character of the series was Dex Parios, who works as a private investigator and struggles to pay her debt, Cobie Smulders has astonishingly played this role looking as beautiful as ever in this denim jacket.

This Dex Parios Denim Jacket is fabricated from top-notch denim material together with soft inner viscose lining which promises comfort and longevity. It accommodates a casual shirt style collar to keep it simple and everyday wear. The front button closure adds to its elegant look. It comes in full sleeves with buttoned cuffs stitched to a standard of perfection. The blue color gives a cool appeal and makes it perfect outerwear for casual outings in winters. 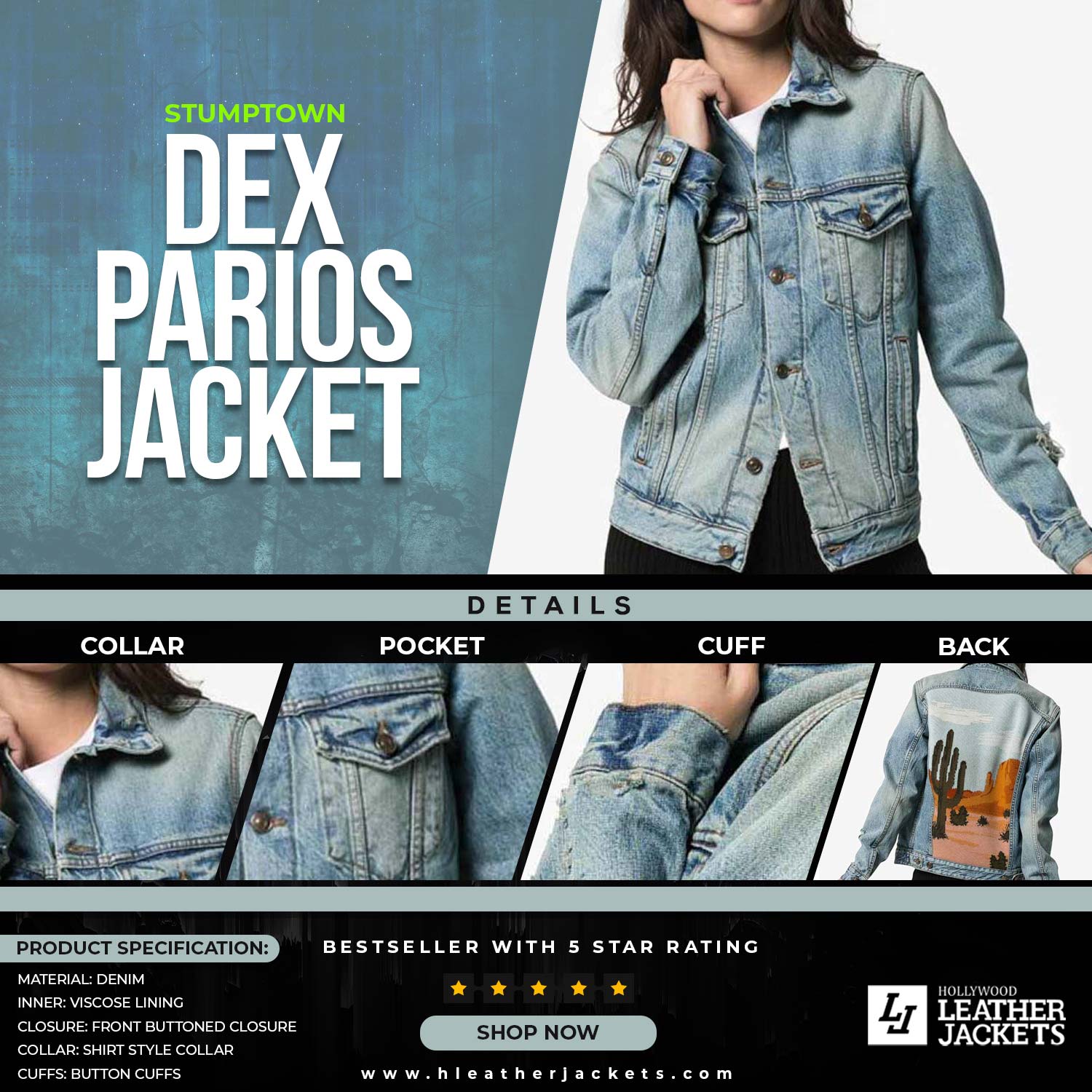