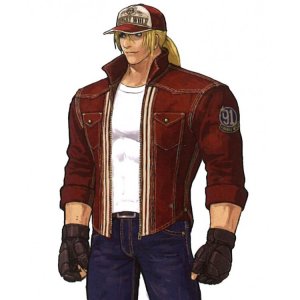 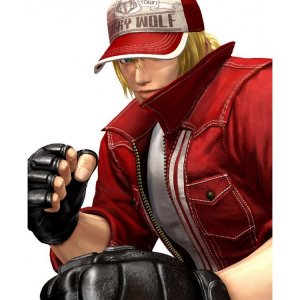 Finally the most highlighted icon Terry Bogard is up on our very cool Terry Bogard Jacket. This male lead is taken form the video game The king of fighters. The idea of launching this product was taken after knowing that many fans out there are waiting for it. It is suitable for guys of all age groups who are die-hard fan of Terry Bogard.

The genuine/ faux leather fabric makes is very distinct from the other conventional jackets. Moreover, we have added the viscose lining for a comfortable feel all day long. It is hued in red which is actually Terry Bogard inspired. A Moto collar with zipper closure in the front is super cool when worn in the night clubs. The King of Fighters XIV Terry Bogard Jacket Not to forget, the two flap pockets on chest paired with the 91 logo on the left sleeve is just like a cherry on top! A crotch detailing was something we couldn’t leave adding.

6 reviews for The King of Fighters XIV Terry Bogard Jacket