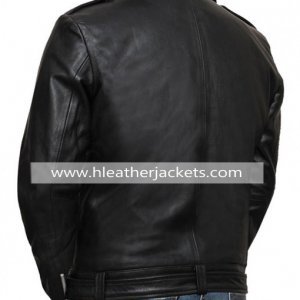 First appeared on October 31st 2010, The Walking Dead is a show based on post apocalypse environment. Its shown in the show that after the city came under the zombie apocalypse only a few survivors were left. These survivors test their surviving skills and discovers the edge in them. The cruelty they discover in themselves is almost unreal. The survivors wolfs through the city more scarier than the zombie themselves. They are at the verge of humanity. Such is their cruelty, that they can kill and do devious deeds to survive just one more day. The Negan Jacket has gained popularity because of its mystery and horror, also with the cruel paths a human can walk on just to breathe another day.

In this article we are going to go in a bit detail regarding Negan, pronounced as nee-gun. He is a devilishly handsome former antagonist and the lead too. He was a prisoner in the Alexandria for more than seven years when one day because of a silly mistake of cell holder he managed to escape. When he got out he realised the apocalyptic conditions of the city and how he didnt want to stay alone so he went back to the Alexandria’s prison. This time becoming the lead of the surviving group. This interesting but complex character is played by Jeffrey Dean Morgan. His character is an oppressor who forces people to pay tribute to him

In the show he has been seen wearing this very Negan Jacket, which is the subject of this article. The jacket is made up of leather. You are given a choice between faux or original leather you can choose accordingly. The inside is quilted with soft viscose lining. The Walking Dead Jacket is perfectly stitched at the seams so their is no chance of wear and tear. The collar is smart lapel styled. The sleeves of the Negan Jacket are long and has zipper at the cuffs. The waist has an adjustable belt. There are two vertical pockets at the waist with zippers. Two pockets with zipper are also intelligently placed at the chest. The jacket is made of glossy black colour which shines in bright lights.