Horror in its true sense, Walking Dead is an American post-apocalyptic television series with successfully running good 10 seasons. The show revolves around survivors of a zombie attack with Andrew Lincoln playing the main character, Rick Grimes. The show has a stellar plot and most of all, it has brilliant attiring which is evident through this Rick Grimes Jacket you must have seen him wearing and doing magic all around.

We have replicated this Rick Grimes Jacket out of soft and substantially long-lasting suede leather which features eminent stitching. Internally lined with utterly warming viscose, the jacket has a dandy, dark, and sober brown color, full-length sleeves with buttoned cuffs, white fur collars, a zipped up front closure, and asymmetrical zipped waist pockets to accommodate your belongings.

1. How many seasons the show currently has for now?

2. Will the show have its 11th season coming any time sooner?

Yes, it has been announced by the makers when the tenth went on air.

3. How many total episodes this show has?

4. What is the character of Andrew Lincoln?

He is the leader of the group of survivors trying to escape the zombie attack. 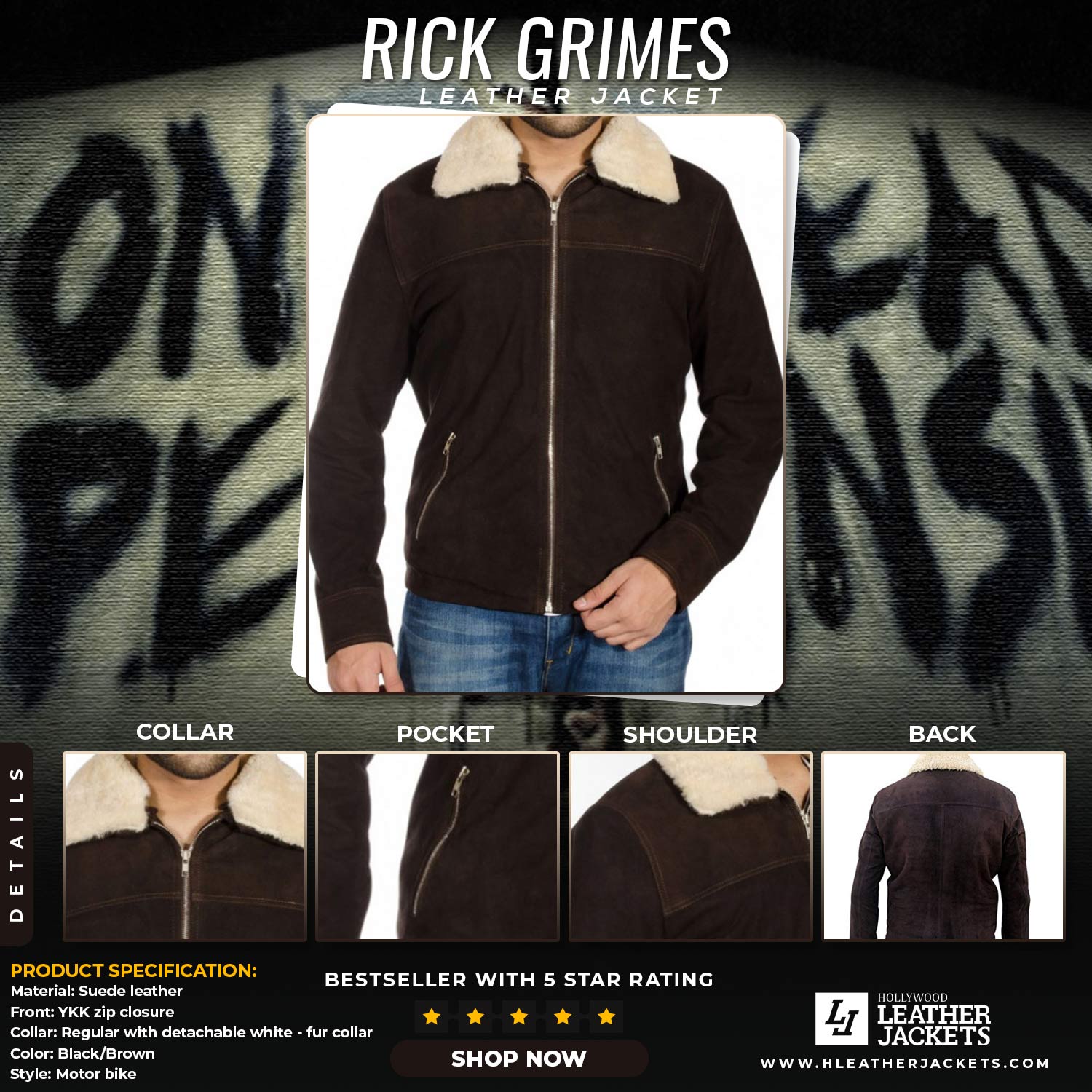 4.6
Rated 4.64 out of 5
Based on 11 reviews
Powered by Customer Reviews plugin
Add a review Cancel reply