13 reasons why is an American tv series based on teen drama genre which was developed by Netflix. It is adapted from a novel with the same name written by Jay Asher. It focuses around the consequences of Hannah Baker’s suicide who was a high school student and left behind cassettes describing why she ended her life. It also discusses high school student Clay Jensen’s life who was determined to dig into reasons that made Hannah commit suicide. The series have also centered around various social issues. It’s fourth and final season was released in June, 2020. The series has received overall positive reviews from the critics especially for season one.

Alisha Biso has portrayed the character of Jessica Davis who started attending Liberty High right since Hannah did and suffered sexual assault in season one, her strong and brave personality was displayed in season 4 as she wore this amazing leather jacket.

This Jessica Davis Leather Jacket is fabricated from leather material along with inner viscose lining which ensures maximum comfort and longevity. It comes in a fashionable notch lapel collar which makes it appear sophisticated. It also has a classy front zipper closure which gives it an edgy look together with its belted hemline which has an eye-catching design. It has full sleeves with zippered cuffs. The black colour of the jacket looks elegant and bold gives it a noticeable look. You can also store your belongings in the zippered side waist pockets. 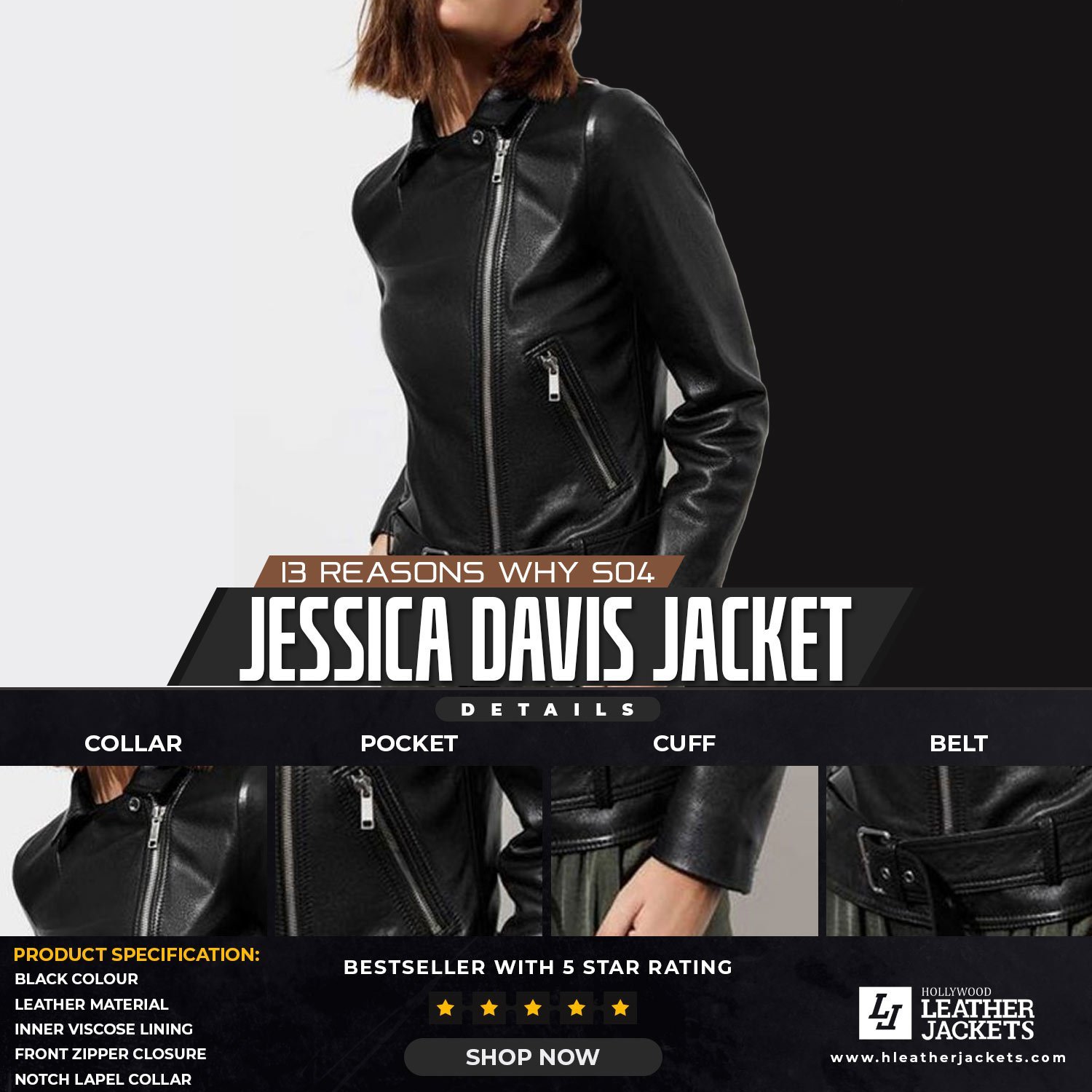