13 reasons why is a teen drama tv series based on mystery and thriller themes which was initially released in March, 2017. It was renewed for a fourth and final season by Netflix. Its story revolved around the aftermaths of high school student Hannah Baker’s suicide and it’s the tapes she left behind stating the reasons behind it. It also portrays different social issues throughout the series too such as sexual assault, mental health, drug addiction, homophobia, domestic violence, abortion, etc.  It is created by Brian Yorkey based on the novel with the same name.

Jessica Davis was a liberty high student who opened a sexual assault survivors club at the campus after getting raped by Bryce, her character is portrayed by Alisha Boe flaunting this exotic jacket in the fourth season of the series.

This 13 Reasons Why S04 Jessica Davis Moto Jacket is fabricated from real leather giving out a sleek look along with inner viscose lining which ensures maximum comfort and durability. It comes with a stylish notch lapel collar which accentuates a modern-day look to it. While the front zippered closure adds to its sophisticated look. It also comes in a belted hemline design making it appear more fashionable and classier. The maroon colour of the jacket gives out a bold but attractive appeal. It has full sleeves with zippered cuffs. You can also store your belongings in the given side waist zippered pockets. 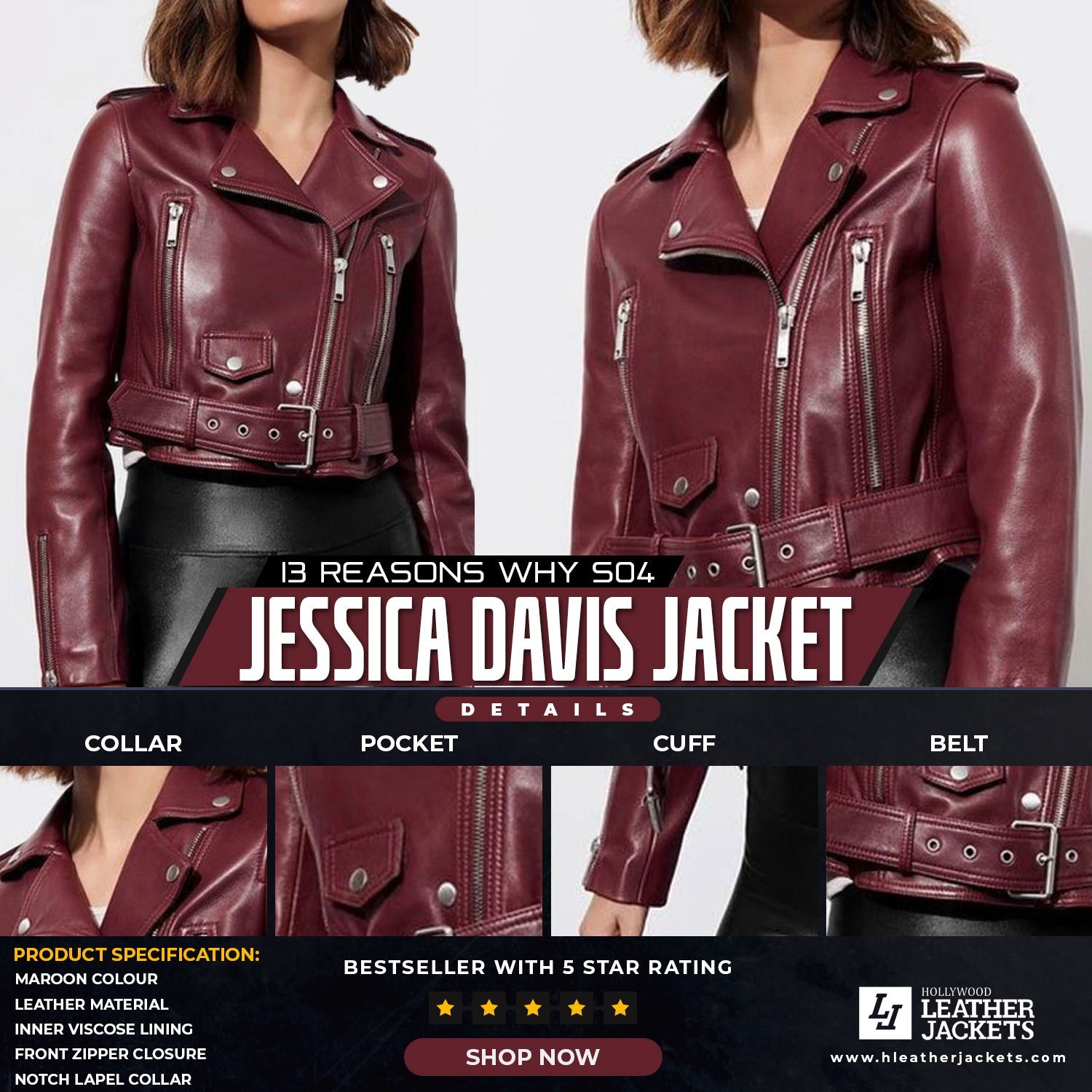