Killing Eve is a British series based on a black-comedy and spy thriller which was released on BBC America on 8 April 2018. Its premise follows how a British intelligence M16 officer and a female assassin meet on a mission and connect with each other especially after knowing that they are somehow interconnected through their secret circles. It has three seasons in total.

Jodie Comer is a skilled assassin who has impressed all the viewers with her amazing stunts and style slaying in the series. We have replicated the same cropped jacket that the character wore looking funky but exotic urging all the fans to pull it on.

This Killing Eve S03 Jodie Comer Cropped Jacket is manufactured from high-quality cotton fabric which maximizes comfort and coziness. Its inner viscose lining further adds to its comfy fit. Its fur-style collar not only gives it a chic look but also makes it appear plush and warm. The front zippered closure gives you the facility of pulling it on or off anywhere and as per your choice. It has full sleeves with a fur design and fur-style cuffs which gives it a much more fashionable and comfy look. Its checkered brown color enhances its smart look and makes it appear more eye-catching. You can also store your stuff in the ample space provided within the two side buttoned pockets. 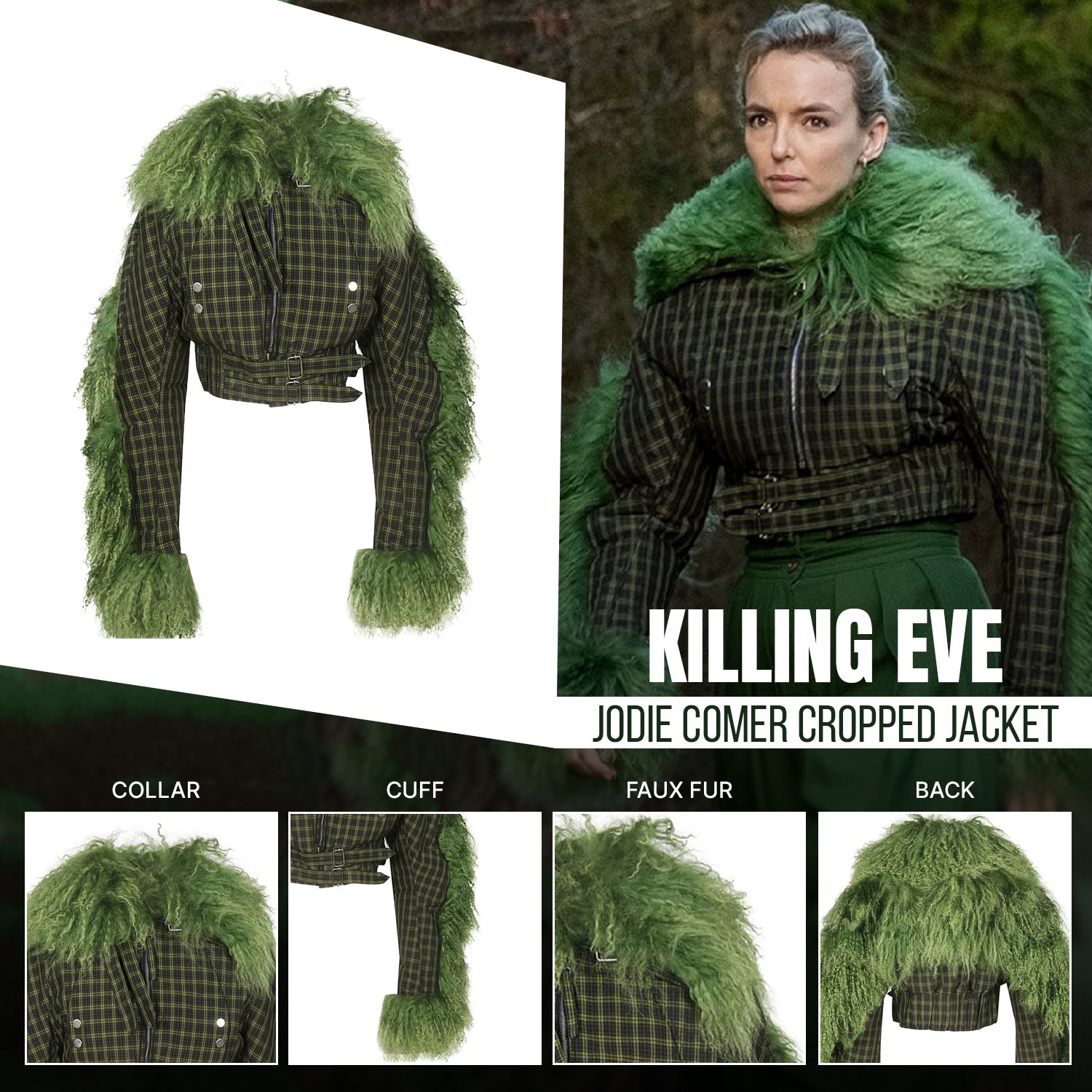