Killing eve is a classic spy thriller series that was initially released on 8 April 2018 on BBC America. It follows the story of a British intelligence agent Eve Polastri who is obsessed with female assassins and crosses paths with one of them on her secret mission. The series discusses how both of them become connected with each other. The third season of the series was released on 21 April 2020.

Villanelle has portrayed the role of a psychotic assassin in the series where she is showing off her skills and impressing her fans all over the world. Fans have been seeking apparel inspired by her dressing style which includes this Killing Eve S03 Villanelle Bomber Jacket which we have replicated just for you!

This Killing Eve S03 Villanelle Bomber Jacket is manufactured from top-notch nylon fabric along with inner viscose lining which promises a great amount of comfort and warmth for you. The rib-knitted collar of the jacket gives out a stylish display and makes it comfier to wear. It’s opening of a front zippered closure is all you need to easily wear it whenever you wish so without any inconvenience. The black color gives a bold and edgy look making it perfect for all types of outings. It is available in all kinds of sizes ranging from XS to XXL so that anyone can avail of it. 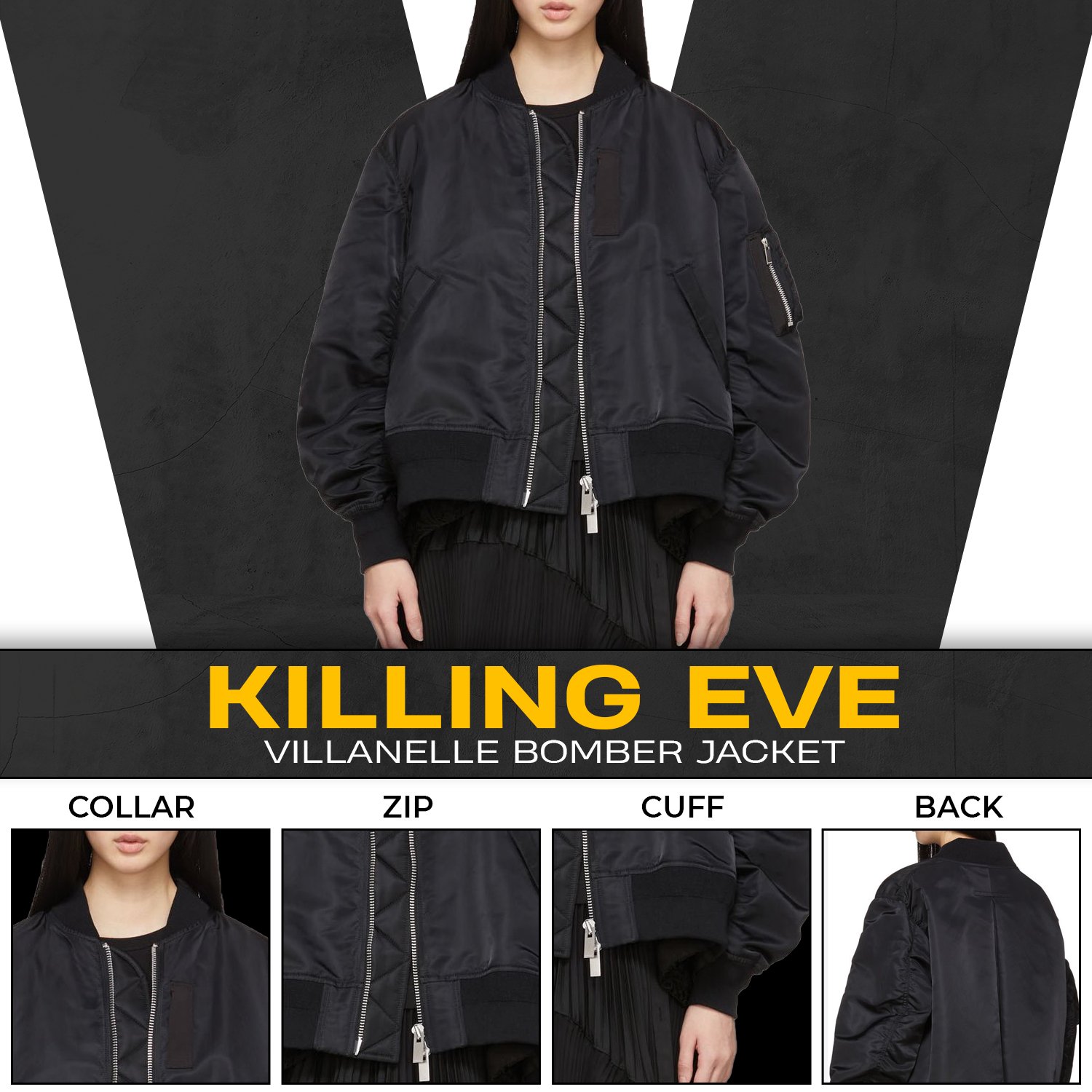