The Poe Dameron Jacket is a highly majestic jacket. Which could be seen in the movie. Star wars and was nominated for John Boyega who played the role of Finn. His get-up made him look quite prominent among the rest of the characters of star wars and his outfit. It was highly demanding and had pretty high ratings.

The Star Wars Finn Jacket consists of pure leather and has pretty unique details in most of the portion where keen supervision was required. It has been made with an extra pinch of care just to make it quite similar to the one which John Boyega has worn as Finn in Star Wars. The standing collar gives an amazing overview along with the color combination of Antique beige and maroon at some parts of the jacket to make it rare.  The Finn Jacket has been crafted with two safe pockets. To make it look a combination of class and swag the jacket has been made with leather from the outer part and in the inner portion viscose stitching has been used to give an extra touch of comfort for the consumer. 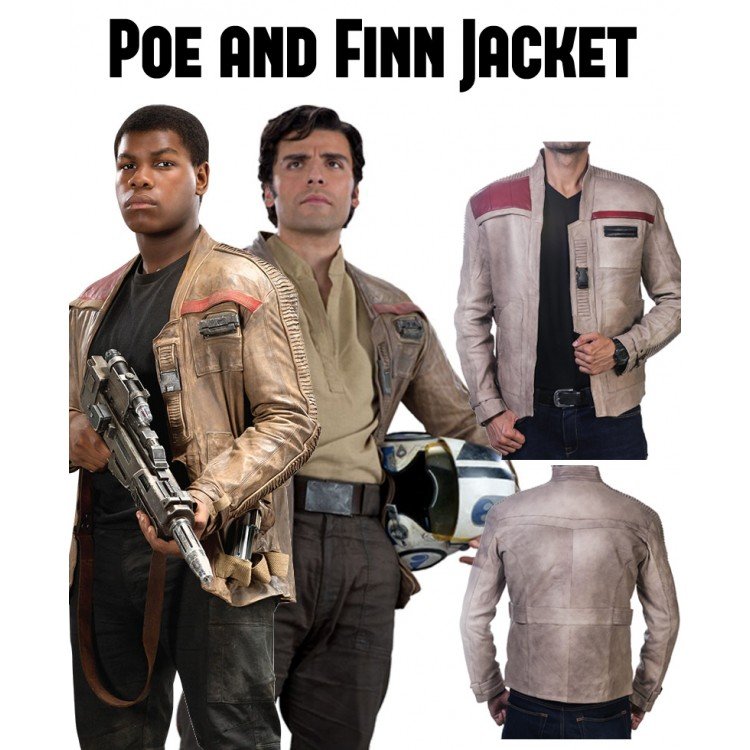 5.0
Rated 5.00 out of 5
Based on 5 reviews
Powered by Customer Reviews plugin
Add a review Cancel reply