Westworld Is a sci-fi American series that was produced by HBO. It is adapted from a 1973 film of the same name. It has four seasons in total. The story of the series is based on an amusement park that is technologically fictional called the Westworld-themed as an amusement park. Later the third series explores the real world where people are driven by Artificial Intelligence. The fourth season was renewed by HBO in April 2020. It is created by Jonathan Nolan and Lisa Joy.

Tessa Thompson has portrayed the character of Charlotte hale who oversees the Westworld and other parks being the director of the board, she has made an appearance wearing this elegant feminine coat.

This Westworld Season 3 Charlotte Hale Coat is composed of cotton blend fabric together with soft inner viscose lining to maximize comfort and warmth. It has a classy collarless design. The cost also comes with a front open with a hook fastener closure which looks extremely stylish. Its cloak style slit sleeves give out a fashionable appeal and improve its style. It has a smooth and graceful outlook because of its light pink color. You can also store your belongings in the given Two Welted Pockets Outside and Two Pockets. 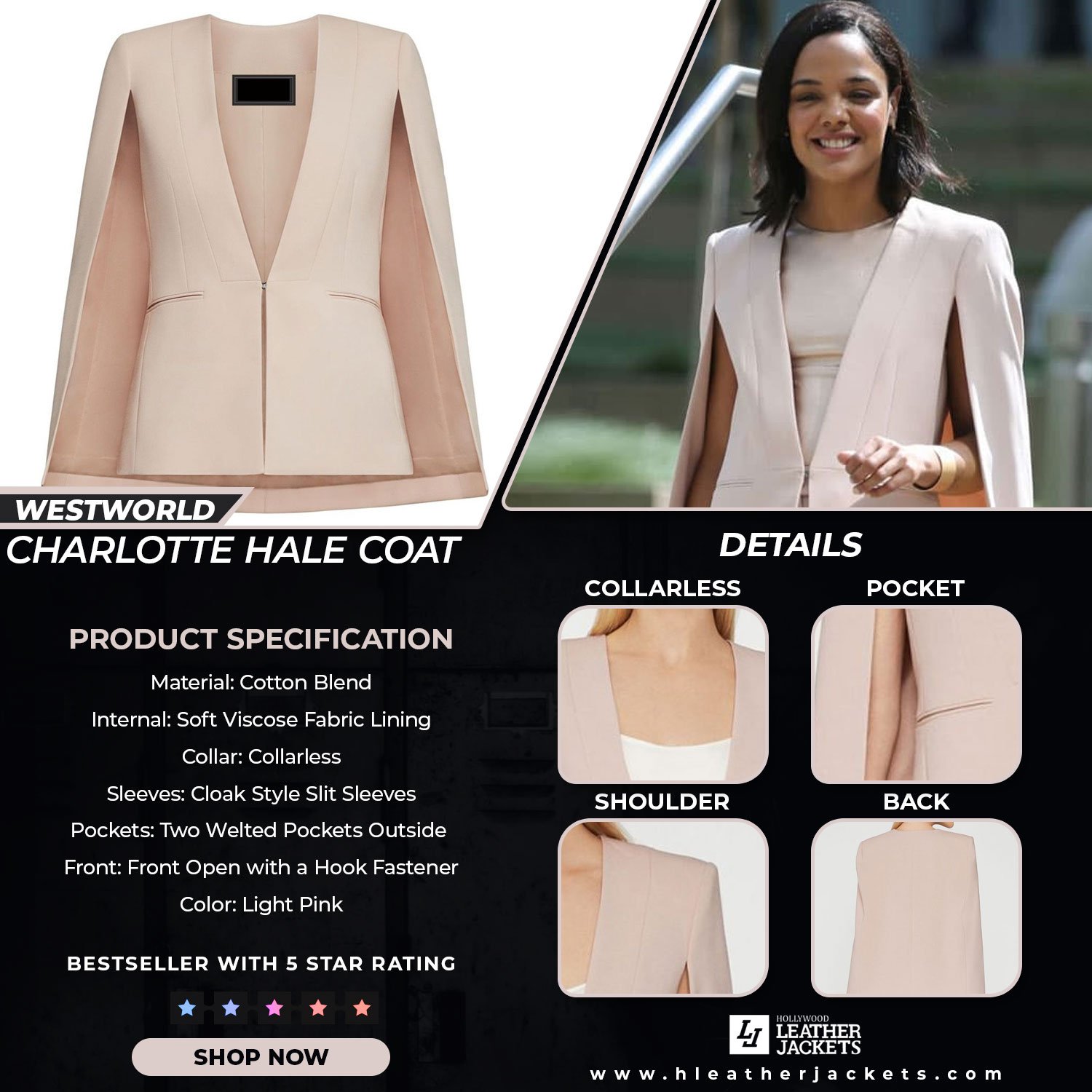